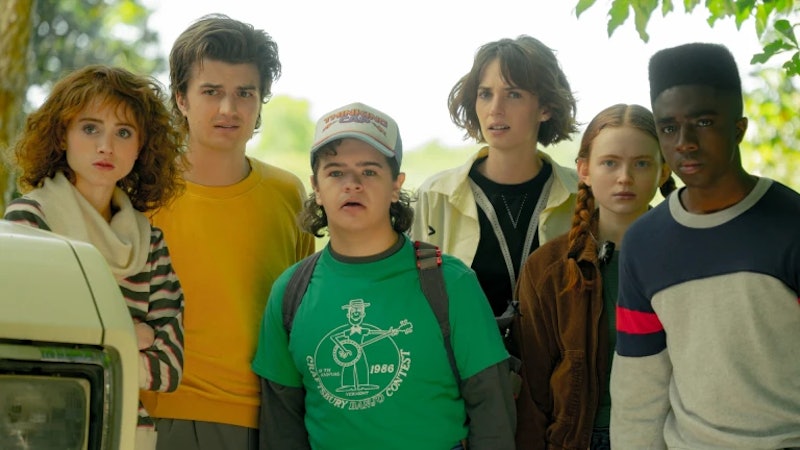 Are you ready for things to get even stranger? After almost three years away since Season 3 was released in mid-2019, sci-fi horror drama series Stranger Things has finally brought viewers back to Hawkins. While the show is slated to end with Season 5, the creators Matt and Ross Duffer — often collectively credited as the Duffer Brothers — have made no secret of the fact that they are not quite finished with this universe. And a spin-off series may potentially be in the works already.

In an open letter to fans published earlier this year, where it was announced that Season 4 will be the penultimate season, the Duffer Brothers had also teased cryptically that “There are still many more exciting stories to tell within the world of Stranger Things; new mysteries, new adventures, new unexpected heroes.”

As recently revealed in an interview with Variety, there will indeed be a follow-up project that is tied to Stranger Things, though it remains unnamed and not even formally confirmed by Netflix. “There’s a version of it developing in parallel [to Season 5],” Ross commented.

We’re likely to be looking some way into the future in terms of pipeline, as the Duffer Brothers will only start working on the spin-off when the main series is concluded. Ross clarified, “They would never shoot it in parallel… We’re going to start delving into that soon as we’re winding down and finishing these visual effects.”

Matt Duffer added that it was important for them to feel like it was worthy of being a standalone project, even when unaffiliated with Stranger Things. “Even if we took the Stranger Things title off of it, I’m so, so excited about it… It’s going to be different than what anyone is expecting, including Netflix.”

The duo also revealed that Finn Wolfhard, who stars as Mike Wheeler in the series, had correctly guessed the concept for the project. Ross Duffer recalled, “He wasn’t spitballing, he just went, ‘I think this would be a cool spin-off.’ And we were like, ‘How in the world…’”

For the first time since the series began in 2016, this latest season has been split into two parts, with episodes one through seven released on May 27. Chapters eight and nine will clock in at one hour and 25 minutes and a whopping two hours and 30 minutes, respectively.

Volume 2 of Stranger Things Season 4 will be released on Netflix on Jul. 1.

More like this
'Stranger Things' Season 5 Will Echo Season 1 In A Key Way, The Duffer Brothers Confirm
By Kadin Burnett and Sophie McEvoy
You Can Now FaceTime With 'Bridgerton's Regé-Jean Page
By El Hunt
This 'Bridgerton' Polin x 'Love Island' Crossover Is Everything
By Darshita Goyal
Tom Sturridge & Alexa Chung Are Enjoying A Summer Of Love
By Frances Stewart
Get The Very Best Of Bustle/UK