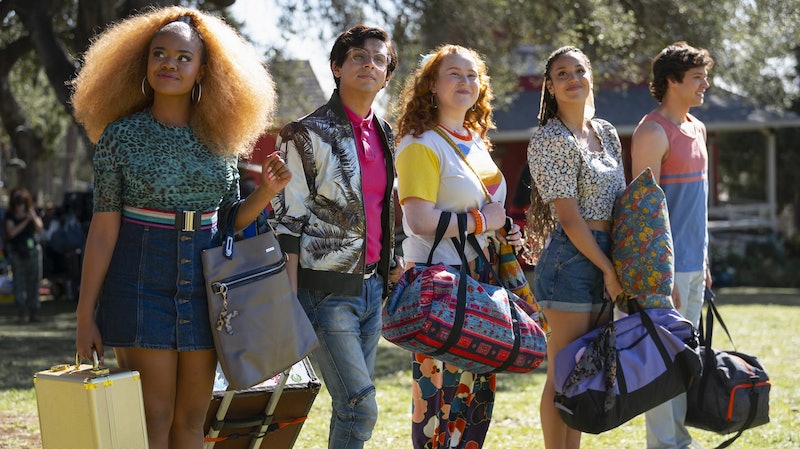 There are Disney fans, and then there are Disney fans. These people are not just casual consumers of Disney content: they live, breathe, and eat all things Disney. They know every word to every original song from every film. They use all of their PTO on trips to the parks. They might even have a child or a pet named after a character. If you are the kind of fan whose love for Disney knows no bounds, then High School Musical: The Musical: The Series Season 3 might just be the best thing you’ll ever watch when it premieres on Disney+ on July 27.

High School Musical: The Musical: The Series is already iconic enough on its own. Based on the 2006 Disney Channel Original Movie, High School Musical, the series tells the story of the drama club and faculty at East High School. Besides being an excellent extension of a beloved film franchise and the show that introduced us to Olivia Rodrigo, it’s filled to the brim with references from tons of other Disney titles. Here are a few reasons why HSMTMTS Season 3 is worth getting a Disney+ subscription for.

1. It Has All of Your Favorite Disney Music

Obviously, you can expect at least a few hits out of any musical series, but HSMTMTS is taking it to another level this time. Season 3 will feature music from Frozen, Camp Rock, and the rest of the installments in the High School Musical franchise.

2. There Are Some Major Guest Stars

3. There’s More to Come After Season 3

Disney has already announced that HSMTMTS has been greenlit for a fourth season, which means you can fly and soar through this season without worrying about when you’ll reunite with your beloved Wildcats next.

More like this
Does 'Locke & Key’s Ending Mean There Could Be A Season 4?
By Sophia Moore
Everything To Know About 'RHOC' Season 17
By Brad Witter and Sophia Moore
UK Viewers Are Now Able To Board Seth Macfarlane’s 'The Orville'
By Frances Stewart
7 Of The Highest Highs (& Lowest Lows) From Love Island 2022
By Victoria Sanusi
Get Even More From Bustle — Sign Up For The Newsletter