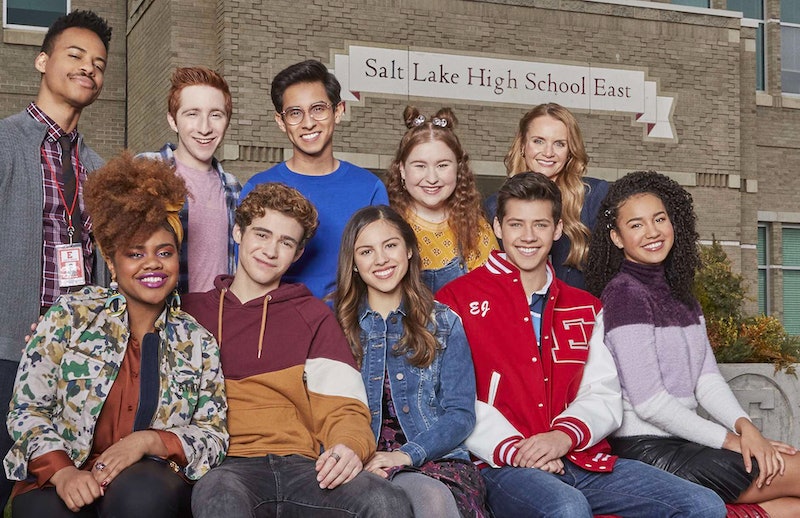 Though you may see less of her in Season 3 of High School Musical: The Musical: The Series, Olivia Rodrigo is still very connected to her Disney+ co-stars behind the scenes. Case in point? During the “brutal” singer’s SOUR concert at New York City’s Radio City Music Hall on April 26, fellow Wildcats Larry Saperstein and Julia Lester came to show their support — and shared some very sweet backstage photos to commemorate the visit.

“good 4 her!” wrote Saperstein, who plays Big Red on the show, captioning a gallery of photos that include a prom-esque pose, SOUR album cover cookie, and a group shot featuring Rodrigo’s friend and fellow Bizaardvark alum Madison Hu. Lester, who plays Ashlyn, also shared several posed pics in which Friends, fittingly, can be seen playing on a TV in the background. “I 💟 this woman,” Lester wrote. Meanwhile, Rodrigo reposted a clip of the three friends on her own Instagram story, where she described her first night at Radio City Music Hall as “the most surreal experience.”

The trio’s reunion was extra bittersweet because their time together onscreen — at least, as Wildcats — is limited. As was first reported by Entertainment Tonight, Rodrigo’s Nini will feature less prominently in Season 3 as she steps back to a recurring role instead of a series regular.

And so far, Saperstein has not been confirmed to return for HSMTMTS Season 3 at all. His name wasn’t included in Disney+’s cast breakdown for the upcoming entry.

The upcoming season, which is currently in production, will see the Wildcats head to summer camp to perform a Frozen musical. So if Saperstein sits this one out, his absence could be chalked up to Big Red simply having different summer plans. Of course, as their New York reunion proves, the HSMTMTS besties are all in this together for the long run — show or not.

Ditto for Bizaardvark, of course. The Disney Channel sitcom ended three years ago — but after supporting Rodrigo at her concert, Hu spent time with the “drivers license” singer.