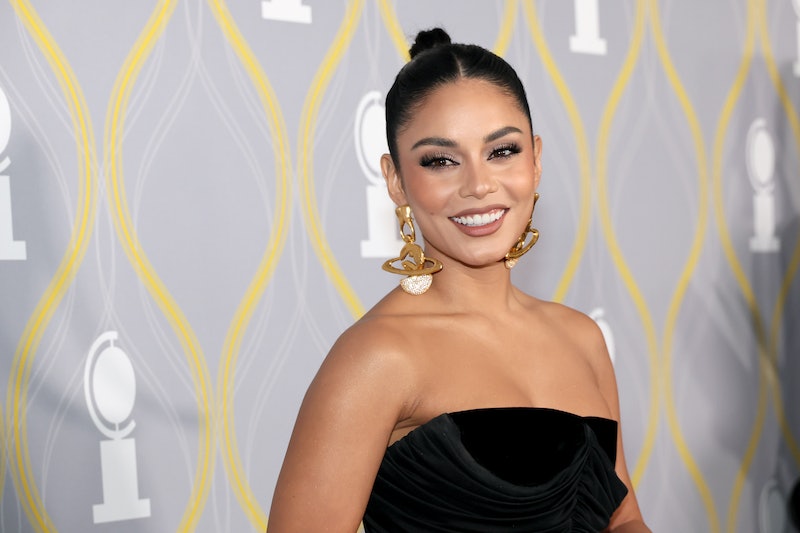 Since High School Musical premiered in 2006, the real East High School in Salt Lake City, Utah, has become a tourist destination for fans of the Disney films and the High School Musical: The Musical: The Series. Who could forget the famed East High halls where Sharpay and Ryan Evans told the entire cafeteria to stick to the status quo, where the Wildcats team dribbled on the court to make Troy Bolton get his head in the game, and more recently, where Olivia Rodrigo and Joshua Bassett recreated Breaking Free?

It seems like it’s not just fans who make the trek to the high school. On June 26, Vanessa Hudgens, who played Gabriella Montez, shared a video on her Instagram of her walking in front of East High. Hudgens’ character may have graduated from East High School in 2008, but Hudgens proved that she’ll always be a Wildcat at heart. Hudgens even captioned the video with a reference to one of Gabriela’s lines in the first film. She wrote, “Do you remember in kindergarten how you'd meet a kid and know nothing about them, then 10 seconds later you're playing like you're best friends because you didn't have to be anything but yourself?” The video was also set to the tune of Breaking Free, the duet between Troy and her character, Gabriella. (Though before HSM fans get excited, it’s actually not Zac Efron singing in the first movie but actor Drew Seeley.)

Last February, Hudgens spoke to E! about the longevity of the film’s songs. “It’s amazing seeing it continue to live on,” she said. Hudgens also waxed poetic about HSMTMTS newcomer Rodrigo, who sings Gabriella’s songs as Nini Salazar. “I literally saw an Instagram post the other day that said Gabriella Montez and it was not me and I was like, ‘I’m sorry?’” Hudgens said about Rodrigo’s turn in HSMTMTS. “She’s incredible and I am such a fan of hers,” Hudgens gushed.

It’s not the first time the original cast reminisced on their time on High School Musical. On June 20, Tisdale posted an ode to Sharpay. “Being mean to myself and then realizing I’m talking about her,” the text on her Instagram Reel read before going into a montage of her Sharpay.

In March 2020, Tisdale also posted a video of her dancing to “We’re All In This Together.” She captioned the post, “If you need to work out while on #selfquarantine try this hopefully this will brighten your day a little!”

A month later, the casts of HSM and HSMTMTS including Hudgens, Tisdale, Rodrigo, Corbin Bleu, Lucas Gabreel, and Monique Coleman, as well as other Disney veterans including Raven-Symoné, got together on Zoom to do a sing-a-long performance of “We’re All In This Together.” Just goes to show that once a Wildcat, always a Wildcat.

More like this
Gabby & Rachel Reveal How That 'Bachelorette' Rose Ceremony Twist Happened
By Grace Wehniainen
Netflix Reveals First Look At Wednesday In The 'Addams Family' Spinoff Series
By Bustle Editors
Who Plays Trent In 'Never Have I Ever'? Benjamin Norris Calls His Character A “Himbo Stoner”
By Grace Wehniainen and Radhika Menon
Josh Peck Shows Love To Jennette McCurdy After Her Shocking 'iCarly' Revelations
By Radhika Menon
Get Even More From Bustle — Sign Up For The Newsletter