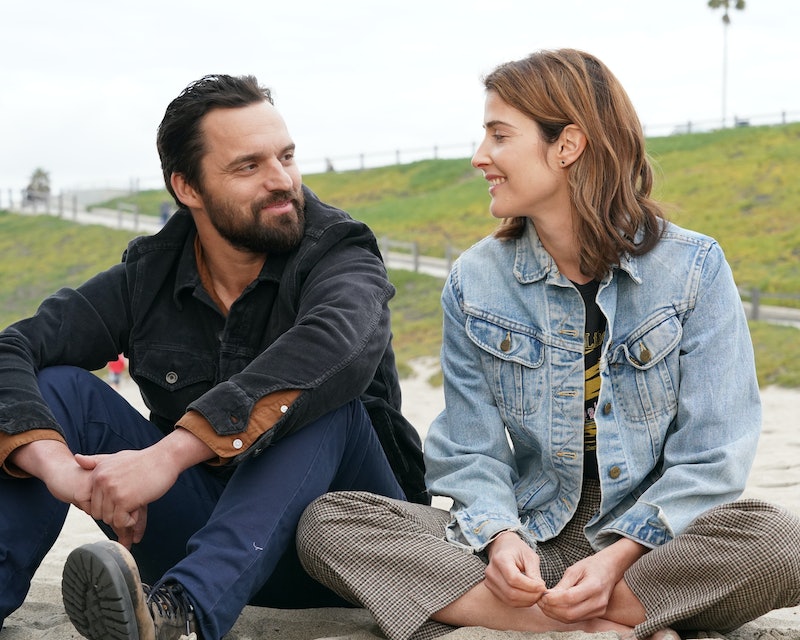 It's a sad day for Stumptown — and for Jake Johnson fans everywhere. Despite originally renewing the show back in May, ABC has canceled Stumptown after just one season, as a result of production delays due to the ongoing coronavirus pandemic. Based on a comic book series of the same name, Stumptown centered on Dex (Cobie Smulders), a bisexual military veteran-turned-private investigator, as she attempts to solve crimes around the Seattle area.

Though it was originally slated to premiere along with the rest of ABC's fall scheduled, Deadline reported that the new season of Stumptown has not yet started production in Los Angeles, and that episodes likely wouldn't be ready to air until April 2021. In addition, since Agents of S.H.I.E.L.D. producer Monica Owusu-Breen signed on as the show's new co-show runner back in July (alongside creator Jason Richman), the creative team reportedly needed some more time to refine their scripts before filming started again.

While the studio, ABC Signature, is reportedly shopping the series around to other networks and streaming services, Stumptown's cancelation is still a blow to fans who appreciated the show for its diverse representation, the way it depicted issues of mental illness and PTSD, and of course, Johnson's beard. Fans of Johnson, who played Dex's best friend — and ex-con turned charming bar owner — Grey in the show, immediately took to social media to mourn the loss of the show... and the beard.

As sad as the loss of Stumptown and Johnson's bearded, tattooed character is, there are still plenty of other places for fans to get their fix and fall back in love with the actor. The most obvious, of course, is New Girl, which is currently available to stream on Netflix, and has been enjoying something of a resurgence over the past six months, as both old fans and new viewers have flocked to the loft while in quarantine. In addition to providing both new and old fans with a much-needed sense of escapism during these uncertain times, New Girl has also cemented Johnson as one of the Internet's dream boyfriends, thanks to his performance as the goofy, grumpy bartender Nick Miller.

"It’s trippy because Nick Miller must be a slow-moving acquired taste because he was not the one people cared about when we were filming the show," Johnson told Entertainment Weekly in August about the enduring love for his New Girl character. "So I wonder if in like 20 years people will be like, 'I actually really love Nick Miller now.' In 2040, Nick is really going to have a moment." (And yes, Johnson has previously pointed out the similarities between Nick and Grey, telling TV Guide in September 2019 that it's an "easy transition" for New Girl fans to make.)

Of course, Netflix also has plenty of other options for Johnson fans looking to see him step out from behind a bar for a change. For superhero fans, there's his hilarious take on a shabby but well-meaning Peter B. Parker in Spider-Man: Into The Spider-Verse. And those looking for something more NSFW might want to check out his new animated series Hoops, which also features some cameos from his New Girl costars Max Greenfield, Damon Wayans Jr., and Hannah Simone.

And, if that still doesn't satisfy your Jake Johnson-cravings, fans can also stream the first season of Stumptown on Hulu, in order to properly mourn the loss of the show and dream about where Grey would have ended up in future episodes.

More like this
Gabby & Rachel Reveal How That 'Bachelorette' Rose Ceremony Twist Happened
By Grace Wehniainen
Everything To Know About 'RHOC' Season 17
By Brad Witter and Sophia Moore
'The Sandman’s Ending Is A Departure From Neil Gaiman’s Comic Book Series
By Kadin Burnett
'Bridgerton’s Jonathan Bailey & Simone Ashley Just Teased A First Look Of “Kanthony” In Season 3
By Grace Wehniainen, Alyssa Lapid and Sam Ramsden
Get Even More From Bustle — Sign Up For The Newsletter