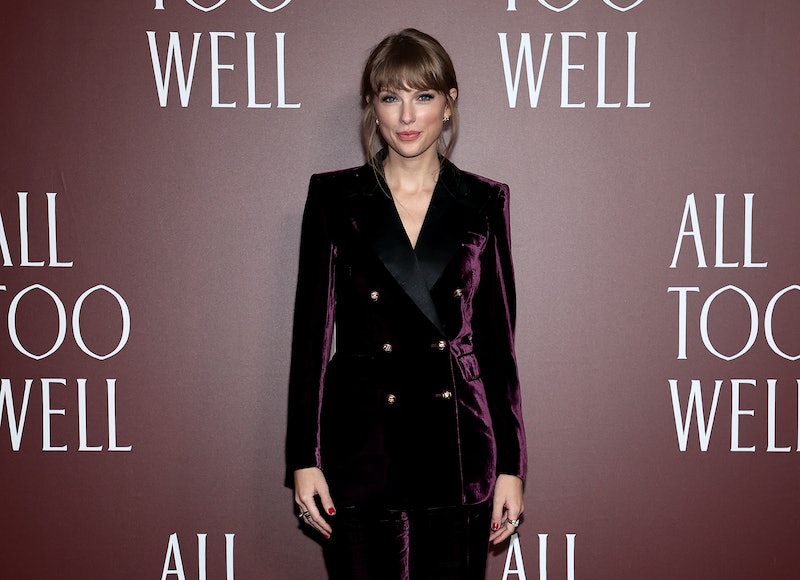 Swifties were abuzz when The Hollywood Reporter revealed on Aug. 12 that Taylor Swift’s All Too Well: The Short Film is eligible for a 2022 Academy Award nomination. The singer’s 2021 14-minute debut film, which she wrote and directed nearly a decade after dropping her 2012 song of the same name on her Red album, screened at New York City’s AMC Lincoln Square for one week last November. Though the timing would have precluded it from this season’s best picture race, according to THR, the eligibility window for the best live action short race opened on Oct. 1, satisfying the requirement for an Oscar-qualifying run.

Swift described the short — which stars Stranger Things’ Sadie Sink and Teen Wolf’s Dylan O’Brien as her leading man — as a “film about an effervescent, curious young woman who ends up completely out of her depth.” Now, the Grammy winner, who also showed the film at the Tribeca Film Festival, is reportedly working with a top consulting firm to guide its awards campaign, per THR. Meanwhile, “Carolina,” her original song from Where the Crawdads Sing, is also receiving Oscars buzz, though she’s never been nominated.

Naturally, the Swifties came out in force to celebrate the news. While one fan was “screaming crying,” another appreciated the serotonin boost they got from the mere prospect of Swift adding an Oscar-winning film to her resume.

And because the haters are gonna hate, several users just did not believe that All Too Well is an Oscar-worthy short film. Meanwhile, others couldn’t make sense of the uproar over the project simply being eligible for a nomination, rather than actually nominated. Some pointed out that key distinction because “several fandoms” were “having meltdowns,” as one person put it.

Still, many are convinced that not only will All Too Well be nominated, the short will win the category, too. And, yes, they know that “Film Twitter” will likely revolt, as a result.

As for the song that preceded the short film, Swift re-released a 10-minute version of the track — which she’s widely rumored to have written about her 2011 breakup with Jake Gyllenhaal — as one of the nine “From the Vault” songs on Red (Taylor’s Version). Another bonus of a potential Academy Award win, according to some fans? Some poetic justice against Gyllenhaal, who was once Oscar-nominated for Brokeback Mountain in 2006, but did not take home the golden statue that year. “i will know such immense power if taylor wins an oscar for all too well short film before jake,” one Swiftie wrote.

Meanwhile, while short film buffs are simply happy that people are suddenly paying attention to the category, die-hard Swifties are gearing up to campaign hard for the nom “from now until the Oscars next year.”

More like this
There's A Taylor Swift Easter Egg In Ryan Reynolds' 'Deadpool 3' Teaser
By Marina Watts
Everything To Know About Taylor Swift’s 10th Studio Album, 'Midnights'
By Grace Wehniainen and Jake Viswanath
Twitter Is Freaking Out Over Rihanna’s 2023 Super Bowl Halftime Show Announcement
By Stephanie Topacio Long
Everything You Need To Know About ‘Black Panther: Wakanda Forever’
By Bustle Editors
Get Even More From Bustle — Sign Up For The Newsletter