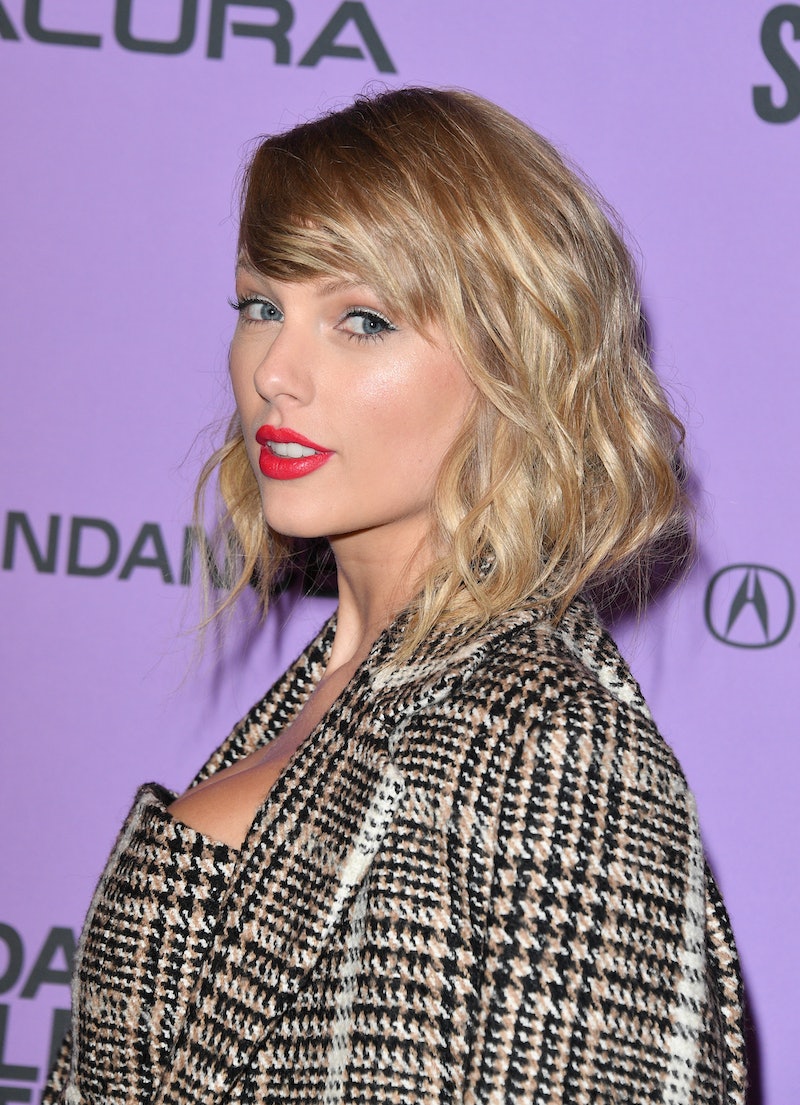 Swifties are getting their holiday presents early this year, straight from the "folklorian woods." Taylor Swift announced she's releasing a second surprise album, Evermore, on Dec. 11, along with the music video for the album's first single, "Willow." The singer shared the news on Twitter and Instagram just hours before the release, along with Evermore's cover art. "I’m elated to tell you that my 9th studio album, and Folklore’s sister record, will be out tonight at midnight eastern. It’s called evermore," Swift wrote, revealing that she worked on the album with Folklore collaborators Jack Antonoff and Aaron Dessner. "To put it plainly, we just couldn’t stop writing songs."

In addition to announcing Evermore and sharing the album's track list with fans, Swift shared a still from the "Willow" music video on Instagram; in the photo, she's wearing a white lace dress which immediately caused speculation that she may be engaged to boyfriend Joe Alwyn. (The singer also recently sparked engagement rumors with her re-recorded version of "Love Story.") Naturally, Swift didn't drop any other hints about her relationship status in the caption of the photo. Instead, she thanked her collaborators who helped make Evermore and "Willow" possible. "Tonight the story continues," the pop star wrote, later promising fans that she would "see you guys in the YouTube premiere page chat before midnight to answer some questions."

On social media, Swift was much more forthcoming about the inspiration behind her ninth studio album than she was about her relationship status. "In the past I've always treated albums as one-off eras and moved onto planning the next one after an album was released. There was something different with Folklore," she wrote, explaining that the experience of working on that album reignited her passion for songwriting. "I loved the escapism I found in these imaginary/not imaginary tales. I loved the ways you welcomed the dreamscapes and tragedies and epic tales of love lost and found into your lives. So I just kept writing them."

She continued by saying that she "loved creating these songs" with several of her Folklore collaborators, including Dessner, Antonoff, and Justin Vernon (aka, Bon Iver), who worked with Swift on "Exile." Eagle-eyed fans might also notice that Swift included "WB" on her list of Evermore collaborators, which means that Alwyn — who co-wrote "Exile" and "Betty" under the pseudonym "William Bowery" — may have also contributed to Evermore. "We've also welcomed some new (and longtime) friends to our musical kitchen table this time around..." Swift wrote, before revealing through the Evermore track list that her new album will feature appearances from her friends, Haim, and Dessner's bandmates, The National.

Evermore will be released two days before Swift's 31st birthday, which was a conscious decision. "Ever since I was 13, I've been excited about turning 31 because it's my lucky number backwards, which is why I wanted to surprise you with this now," she wrote. "You've all been so caring, supportive and thoughtful on my birthdays and so this time I thought I would give you something!"

The singer also made it clear that the album, which features a song called "Tis the Damn Season," is intended to be a holiday gift to anyone who is away from their loved ones this year due to the pandemic. "I also know this holiday season will be a lonely one for most of us and if there are any of you out there who turn to music to cope with missing loved ones the way I do, this is for you," she wrote. Fans can hear Evermore — and see if "Willow" is, indeed, an engagement announcement — when the record and music video drop at 12 a.m. ET tonight.