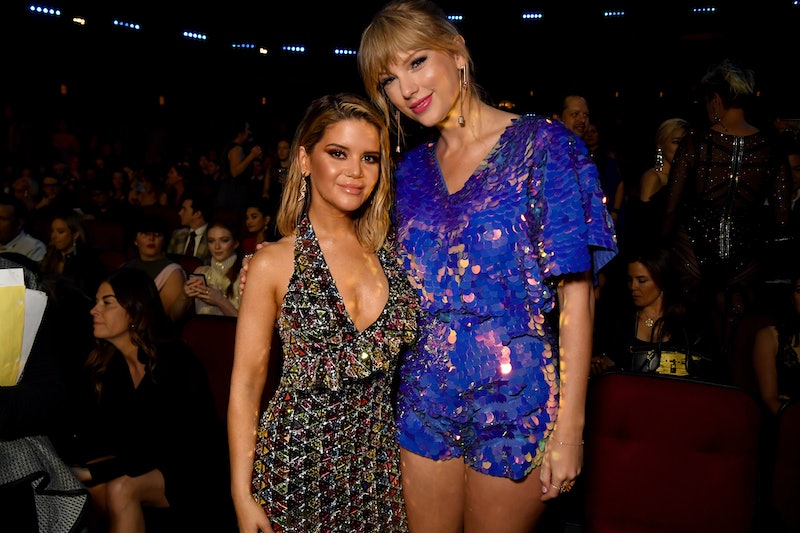 Taylor Swift’s upcoming re-recording of her sophomore album Fearless, which won the Grammy for Album of the Year in 2010, will include six new tracks from the original recording sessions that have never been heard by fans, and it turns out the singer has even more surprises up her sleeve. Taylor Swift is releasing a new collaboration from Fearless (Taylor’s Version).

On Wednesday, March 24, Swift announced that the first Fearless (Taylor’s Version) bonus track would come out at midnight on Friday, March 26, and is titled “You All Over Me (From The Vault).” A day prior, fans speculated that Swift’s longtime BFF Selena Gomez would be featured on Fearless (Taylor’s Version) thanks to a handful of clever easter eggs, something Swift is particularly fond of. However, she’s actually collaborating with country singer Maren Morris for the first unreleased Fearless track.

“One thing I’ve been loving about these From The Vault songs is that they’ve never been heard, so I can experiment, play, and even include some of my favorite artists,” she wrote on Twitter, Instagram and Facebook posts to reveal the news. “I’m really excited to have @MarenMorris singing background vocals on this song!!” However, given that she said “favorite artists,” plural, don’t be surprised if other singers such as Gomez pop up on Fearless (Taylor’s Version), which comes out on April 9, or any of her future re-recordings.

Swift and Morris have been fans of each other for a long time, with Morris even joining Swift onstage at a Reputation Stadium Tour show in her hometown of Arlington, Texas, to sing her 2018 hit “The Middle.” In a 2019 interview with Billboard, Morris said performing with Swift was “transcendental” for her. “I just got to watch [Swift] work all day,” she explained. “I think she's such a trailblazer.” Evidently, Swift was just as excited. “So so grateful this happened,” she wrote on Instagram after the surprise performance. “I was so happy. I was really just bopping like an 8-year-old alone in my room.”

Swift posted a photo of the two rehearsing for the performance in her announcement post, indicating that this collab has been in the stars for a while. The singer also shared a mysterious photo that looks like it was taken in a bar. Sleuthing Swifties have uncovered that the picture was taken while she and her band members were in quarantine as they prepared to perform at the Grammy Awards. It’s not known whether the snapshot is actually from a music video, and the singer has not mentioned whether one will be released for the song — but would it really be a surprise if a music video came out in tandem with the song?