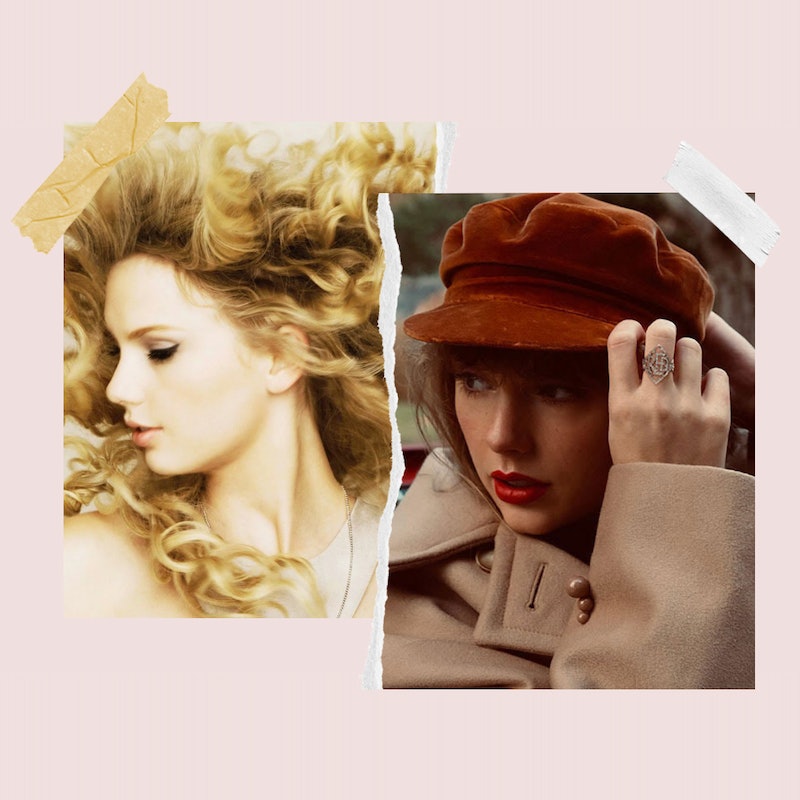 Red (Taylor’s Version), the second album Taylor Swift has re-recorded in its entirety, came out on Nov. 12. The album comes with every song on the 2012 Red album as well as 14 other tracks. Fans had already heard older versions of some new additions, such as “The Moment I Knew,” “Better Man,” “Babe,” and “Ronan,” but Swifties also got to hear some unreleased songs for the first time. Featured among the new songs are three collaborations, with best friend Ed Sheeran, country star Chris Stapleton, and singer-songwriter Phoebe Bridgers.

With those three new collabs now part of her discography, Swift’s list of features and duets has expanded to 29. Here’s a subjective ranking of Swift’s collaborations from not best to best.

“Half of My Heart” lands in last place — not because it’s bad but because it hardly qualifies as a collaboration. Swift is barely heard over Mayer’s vocals, and she has just one or two lines to herself.

Collaborator: Brendon Urie of Panic! at the Disco

The best collaboration on Red (Taylor’s Version) sees Swift returning to country with one of the biggest superstars in the genre today. The harmonica makes the tune feel a bit like “Betty,” which became a big hit on the country-only charts for the Folklore musician. The addition of Chris Stapleton means this song may quickly follow suit.

After the Fifty Shades of Grey soundtrack became a massive success and produced several hit singles, the team behind the project attempted to see if they could get lightning strike twice, recruiting Swift and Zayn for one of the most highly-anticipated collaborations in recent memory. The song went all the way to No. 2, making it the highest-charting release from the Fifty Shades series, and it also earned a Grammy nomination.

“Babe” was written by Swift and Patrick Monahan of the band Train, and it was originally penned for 2012’s Red. After the tune didn’t make it onto the final tracklist, she gave it to country band Sugarland but stayed on as a featured vocalist.

Big Red Machine is composed of Justin Vernon (of Bon Iver fame) and Aaron Dessner (of The National), both of whom have been featured on Swift’s Folklore and Evermore. The single “Renegades” from the pair’s latest album How Long Do You Think It's Gonna Last? helped introduce millions to Big Red Machine.

After their first collaboration went so well, there was demand for more music from the powerful pairing of Haim and Swift. The latter singer joined the pop/rock band on the reworking of their song “Gasoline” from Women in Music Pt. III, which competed for the Album of the Year Grammy against eventual winner Folklore.

Swift has never been shy about her friendship with the three Haim sisters, so when they appeared on the tracklist for her second surprise full-length Evermore, fans were thrilled. The resulting collab, “No Body No Crime,” is dark and fun and everything followers of both acts could ever hope for.

There are only two collaborations on the original Red, and they’re both stellar. The pairing of Swift and Snow Patrol frontman Gary Lightbody was unexpected, but it works beautifully. “The Last Time” is sad and dripping in nostalgia, and it helps the album feel more mature than it does at other points (“22” and "We Are Never Ever Getting Back Together,” for example).

Not long after meeting and becoming fast friends, Swift and Sheeran started writing together. While the two apparently penned a handful of tunes, only “Everything Has Changed” saw the light of day — at least until she dropped their “Run” collab on Red (Taylor’s Version).

Among Swift’s singles, few fans would think to mention “Both of Us,” which hasn’t exactly been lost to time, but which certainly doesn’t come up in conversation very often. The last Top 40 hit of B.o.B.’s career, it somehow melds pop, country, hip-hop, and dubstep into an odd concoction that actually works, anchored beautifully by Swift’s performance on the chorus.

Perhaps the best song on Swift’s Folklore, which is itself one of her best collections, “Exile” sits firmly atop this list of her greatest collaborations. Her first tune with Bon Iver, the cut went all the way to No. 5 on the Hot 100 and earned the pair a Grammy nomination for Best Pop Duo/Group Performance.

More like this
Watch Kelly Clarkson Sing A Taylor Swift Breakup Song About A Toxic Relationship
By Alyssa Lapid
The History Of Taylor Swift's "All Too Well" & What The Lyrics Actually Mean
By Jake Viswanath
The Ticketmaster Senate Hearing & Taylor Swift Tickets Debacle, Explained
By Jake Viswanath
Tour Rehearsals Didn’t Stop Taylor Swift From Attending The 2023 Grammys
By Jake Viswanath
Get Even More From Bustle — Sign Up For The Newsletter
From hair trends to relationship advice, our daily newsletter has everything you need to sound like a person who’s on TikTok, even if you aren’t.