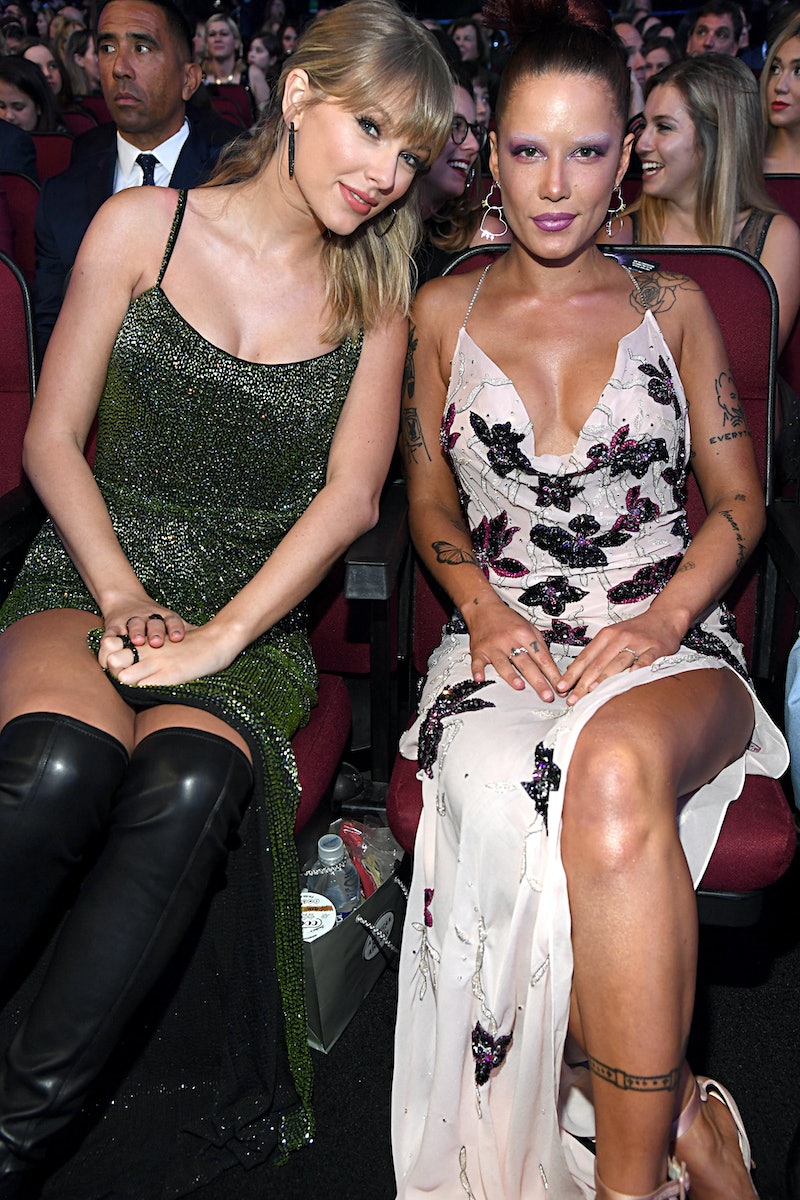 Following the Aug. 27 debut of Halsey’s new album, If I Can’t Have Love, I Want Power, fans are enjoying her latest music — and Taylor Swift is one of them. The 11-time Grammy winner showed her appreciation for her fellow artist in an Instagram story on Sunday, Aug. 29, in which she encouraged her followers to support the album. Swift explained that she was “blown away” by it and predicted that Halsey’s artistry and risk-taking will influence other musicians’ work.

“I’m blown away by @iamhalsey’s artistry and commitment to taking risks. Giving us all a brave new era to dive into and explore together,” Swift wrote. “If I can’t have love, I want power is out now- please stream and buy the album!!”

Halsey (who uses both she and they pronouns) has described her fourth album as centering on “the joys and horrors of pregnancy and childbirth.” (The new mom welcomed their first child on July 19.) Her album cover reveal sparked buzz in early July when she revealed a cover image exposing a breast. “This image is my means of reclaiming my autonomy and establishing my pride and strength as a life force for my human being,” Halsey explained at the time. They further noted that “the idea that me as a sexual being and my body as a vessel and gift to my child are two concepts that can co-exist peacefully and powerfully.”

At the time of their If I Can’t Have Love, I Want Power cover image reveal, Halsey was met with a wave of celebrity support. Little Mix’s Perrie Edwards called it “BREATHTAKING,” while actor January Jones chose to describe it as “Beautiful.” Demi Lovato commented more than once, replying with a strong of raising-hands emojis and also “This is iconic af.” Meanwhile, Rihanna simply wrote, “Wow.”

With the album now out, Halsey was understandably ecstatic to get more positive responses to it, including Swift’s. Reposting the Evermore singer’s story via her own Instagram account, she wrote, “thank you T!!!! love youuuuu.” The extra exclamation points and letters weren’t enough to say it all, though, so they added a pleading-face emoji. Aw.

The support goes both ways between the musicians. When Swift spoke out against Scooter Braun and former Big Machine Records owner Scott Borchetta in 2019 for allegedly not giving her the opportunity to buy the rights to her first six albums, Halsey stood with her. Calling Swift a “huge reason” why she writes their own music, she tweeted a statement criticizing how “no matter how much power or success a woman has in this life, you are still susceptible to someone coming along and making you feel powerless out of spite.”

“She deserves to own this painstaking labor of her heart,” Halsey also wrote. “She has surpassed all expectations of what any artist is even capable of. She catapulted her stardom into the Milky Way. … I am standing with her.”

The two singers clearly have each other’s love, and that is creating some pretty impressive power.