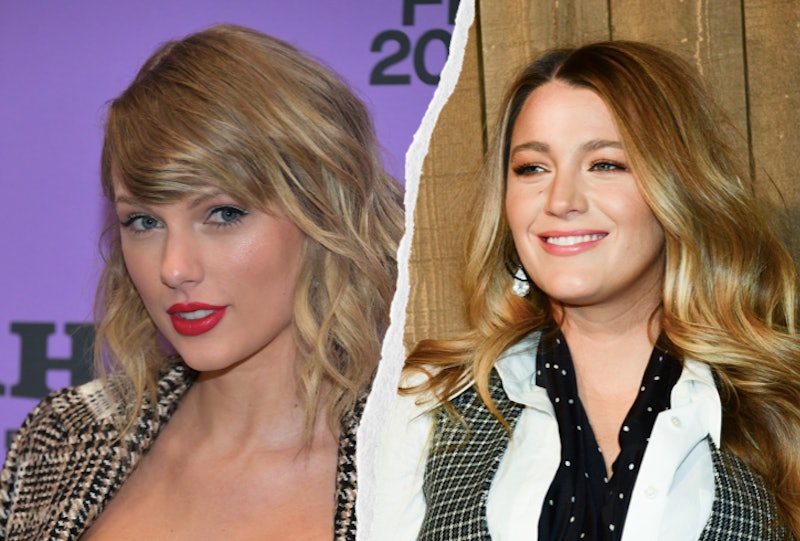 This folklore track might get a big-screen adaptation. On Friday, Taylor Swift endorsed a "Last Great American Dynasty" film idea on Twitter, after a fan suggested adapting the song for a movie starring Blake Lively, Ryan Reynolds, and Jesse Tyler Ferguson. And the proposed stars are all on board, too.

Swift wrote "The Last Great American Dynasty" about Rebekah Harkness, an heiress and divorcée who previously owned Swift's Rhode Island mansion known as "Holiday House." Harkness was an eccentric homeowner, installing eight additional kitchens and 21 bathrooms, dying her neighbor's dog green, and reportedly cleaning the pool with champagne. One fan, named @TSLifestyle13, picked up on the quirky story behind the song, tweeting, "The Last a Great American Dynasty would make an incredible movie." The user added that the story is, "timeless yet unique" and the film "already has the perfect title." They even offered casting suggestions, with Blake Lively as Rebekah Harkness, Ryan Reynolds as Rebekah's husband, Standard Oil baron Bill Harkness, and Jesse Tyler Ferguson as the unnamed neighbor. The fan added: "Manifesting."

Ferguson responded to the "Last Great American Dynasty" film idea, tweeting, "I'm avail for this" and tagging his would-be costars. Reynolds responded, "But Bill’s heart... ?," noting that Bill Harkness had a heart attack in 1954 and would only appear in the movie briefly.

Swift, on the other hand, was fully on board, tweeting, "not trying to be The Loudest Woman This Town Has Ever Seen but... I LOVE THIS." Lively and Reynolds would make ideal stars for the film, as the couple have an existing knowledge of life on the Holiday House estate, attending the singer's annual Fourth of July party at the Rhode Island mansion. Following the singer's endorsement of the project, Lively trolled Reynolds on Twitter saying she was already getting ready for the role: "I painted Ryan key lime green ...I can’t wait til he wakes up."

A potential "Last Great American Dynasty" movie wouldn't be the first time the couple has played a role in the singer's work. The two stars have been good friends with the singer since 2015, and their daughter, James, had a vocal cameo in "Gorgeous" off Reputation. Their family is also believed to be featured on folklore — though it has yet to be confirmed, many fans believe that "Betty" was named after the couple's third daughter, as their two older daughters's names, James and Inez, are also referenced on the song. In August, Swift seemingly confirmed the song is named for Lively and Reynold's daughter during a radio appearance, saying, "I named all the characters in this story after my friends' kids."