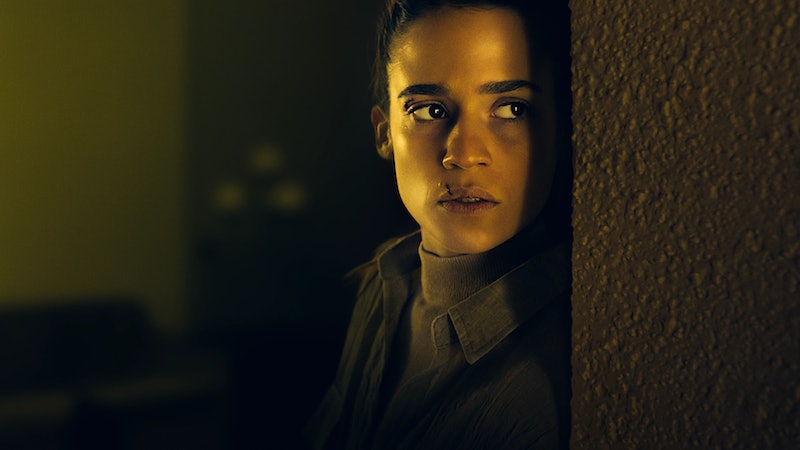 Update: Apple TV+ confirmed on Jan. 27 that Tehran has been renewed for Season 2. A premiere date has not yet been announced.

Earlier: Since unveiling Apple TV+ in November 2019, Apple has had to play catch-up. Without a massive catalog of content like competitors Netflix, Disney+, and Amazon Prime, the streaming service has tried to focus on quality over quantity. That includes the acclaimed drama Tehran, which concluded its eight-episode first season on Oct. 30. The spy thriller about the Israel-Iran conflict starring Niv Sultan made some waves in its debut season, and though it hasn't yet been announced if Tehran will return for Season 2, it seems likely.

First of all, Tehran is unlike the rest of Apple's original series in that it's not actually an Apple production — not completely, anyway. The series was produced by Cineflix Rights and the Israeli network Kan 11, where it initially aired, and Apple bought the exclusive worldwide streaming rights in June of this year, per The Hollywood Reporter. Without having to shoulder all of the production costs, that presumably makes Apple's financial stake in the series lower than in its original productions like The Morning Show or For All Mankind. And with more studios sharing production costs on Tehran, each has less of a financial risk to pursue another season.

Secondly, Tehran has been received well. It's unknown how the series performed with viewers (Apple, like most streaming companies, is a bit cagey with viewership numbers), but it's been praised by critics. As of publication, Tehran boasts a 93% critical rating and a 70% audience score on Rotten Tomatoes. That's better than any other Apple TV+ drama, and if the network really wants to set itself up as a prestige service, it shouldn't axe its best-reviewed original show.

Finally, there's the fact that Tehran's co-creator and co-writer, Moshe Zander, signed a multi-year first-look deal with Apple to create additional scripted TV series for the service, according to Deadline. With Apple TV+ going into business with Zander for the next several years, it would make sense for the network to keep the first show that he brought to it: Tehran.

It will likely be a while until Apple TV+ officially confirms a second season of Tehran, but fans can rest assured that its future looks promising.