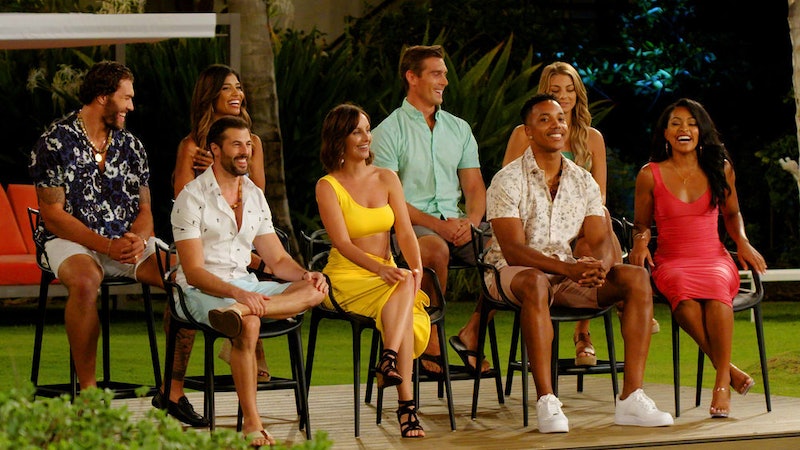 Season 3’s final bonfire may be approaching, but USA has yet to make any announcements about Temptation Island Season 4. The reality dating series is in precarious territory: it was canceled after three seasons during its original run in the early 2000s. If the USA reboot lands a renewal, it will have escaped the same fate.

Host Mark L. Walberg, for one, seems to have faith in the show. “When you look at Temptation Island, it seems to be the most outrageous and ridiculous concept. But it’s actually this very real experience,” he told TV Insider in February. “I always remind people they are not competing for a million dollars or a dream vacation. The outcome is they are either going to stay together or not. There is no other prize other than that. That’s what separates us from other shows. The experience is as extreme as the concept is, but it boils down to some relatable questions everybody asks [in their relationships].”

Whether that will be enough to land Temptation Island a Season 4 renewal, we’ll have to wait and see. But here’s everything we know so far.

It’s hard to say when to expect Temptation Island Season 4. Though there was only a six-month gap between the Season 1 finale and Season 2 premiere in 2019, the most recent third season didn’t air until more than a year later. However, the delay was due to coronavirus shutdowns, so there remains a decent chance that a new season could premiere as early as October, should USA greenlight the series for more episodes.

Mark L. Walberg is essentially the Chris Harrison of Temptation Island: he’s hosted every season of the show, including its original run, so it’s safe to say that he’ll be back for Season 4 should the series be renewed. However, we likely won’t know the names of any couples or singles until closer to the premiere date. USA didn’t announce the Season 3 couples until just over a month before the Feb. 16 premiere, and the network waited until just weeks before to reveal the 23 singles. One thing we do know? All previous seasons have featured four couples, so that format is likely to stay the same.

Again, it’ll be a wait. USA released the Temptation Island Season 3 trailer alongside the couples announcement a little over a month before the premiere date, and Season 4 will likely follow suit. Stay tuned for more details as they become available.

More like this
Why Wasn't Teddi At The 'Bachelor In Paradise' Reunion?
By Brad Witter
We’ve Got A Text! Another 'Love Island' Series Is On The Way
By Darshita Goyal
Miriam Haart & Girlfriend Nathalie May Have Broken Up After 'My Unorthodox Life'
By Brad Witter
Robert Brotherton's Boyfriend Ra'ed Saade Competed On Several Reality Shows
By Brad Witter
Get Even More From Bustle — Sign Up For The Newsletter