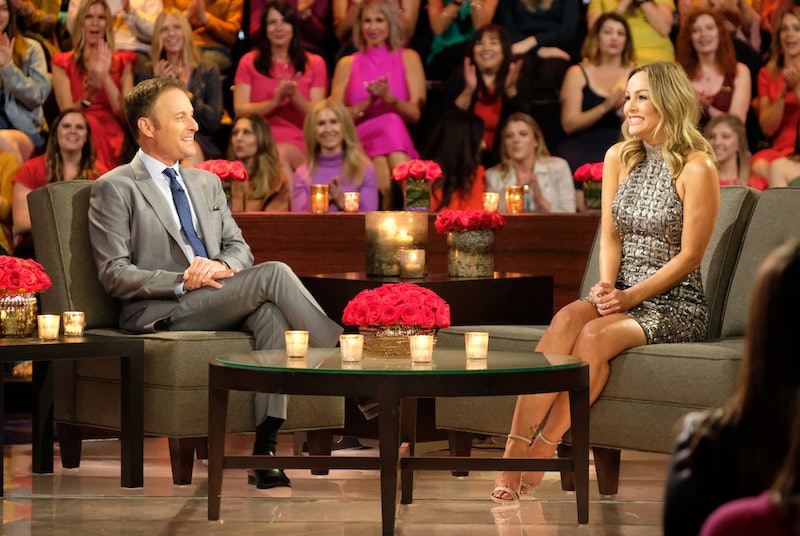 Clare Crawley’s season of love is officially underway. According to various reports, Season 16 of The Bachelorette will film at La Quinta Resort & Club, a luxury hotel in La Quinta, California. In light of the COVID-19 pandemic, Clare’s season will not take place at the famed Bachelor Mansion, situated in the Agoura Hills in Los Angeles County, but instead at the resort located in Riverside County — one where vigorous health guidelines will be implemented to ensure the safety of cast and crew. Bustle reached out to ABC for comment, but did not receive an immediate response.

Last month, Rob Mills, vice president of alternative programming at ABC, offered insights into how Clare’s season would begin production come July. “Everybody is going to be at one location,” Mills said in an interview with On Air With Ryan Seacrest. “Everybody is going to be tested a week before, everybody comes back negative, we shoot, and they’re inside that bubble.” Mills added of the location change, “They’ll be at some sort of resort and we’ve scouted several of them, and all of them have been scouted for good date locations.”

While a trip to Italy had initially been planned, Mills promised that there would be “plenty of different date locations that will feel hopefully as close to The Bachelorette as possible.” Given just how scenic the La Quinta Resort & Club is, Clare and her suitors will definitely not be slumming it during their dates. Below is everything Bachelor Nation should know about the resort prior to the premiere of Clare’s season, which is expected to debut sometime in the fall in the 8 p.m. time slot on Tuesdays.

Situated in Riverside County, La Quinta borders other popular vacation mainstays like Palm Springs, Coachella, and Indio, home of the annual Coachella Valley Music and Arts Festival. As such, given the resort’s shuttle services to and from the music festival, La Quinta Resort & Club is a popular resort choice for many attendees of the festival.

Perhaps most important, the resort is dog friendly. With the PAWS La Quinta Canine Experience, guests can opt for in-room and resort amenities for their furry friends. This is ideal for Clare, who has two dogs. In an interview with Us Weekly in June, Clare said she hoped her suitors would do their research about how much she loves her pups. “These guys are my everything so do your research, know that my whole life is obsessed with these two,” she said. “Maybe somebody could be allergic to dogs, but take your Zaditor guys! These babies have been here for me regardless so they stay.” She won't be the first Bachelorette to bring her dog with her on the show. Rachel Lindsay also had her pup by her side when she was Bachelorette

Greta Garbo, Katharine Hepburn, and Shirley Temple are among its famous guests

According to the resort's site, La Quinta Resort & Club has housed quite the number of A-list Hollywood stars since it first opened its doors in 1926. Greta Garbo, Shirley Temple, Clint Eastwood, Clark Gable, and director Frank Capra are among the old Hollywood stars to have occupied the desert hideaway. And, according to the Los Angeles Times, Capra conceived the idea for It's a Wonderful Life and It Happened One Night at the resort.

In sum, La Quinta Resort & Club is a worthy replacement of Bachelor Mansion.