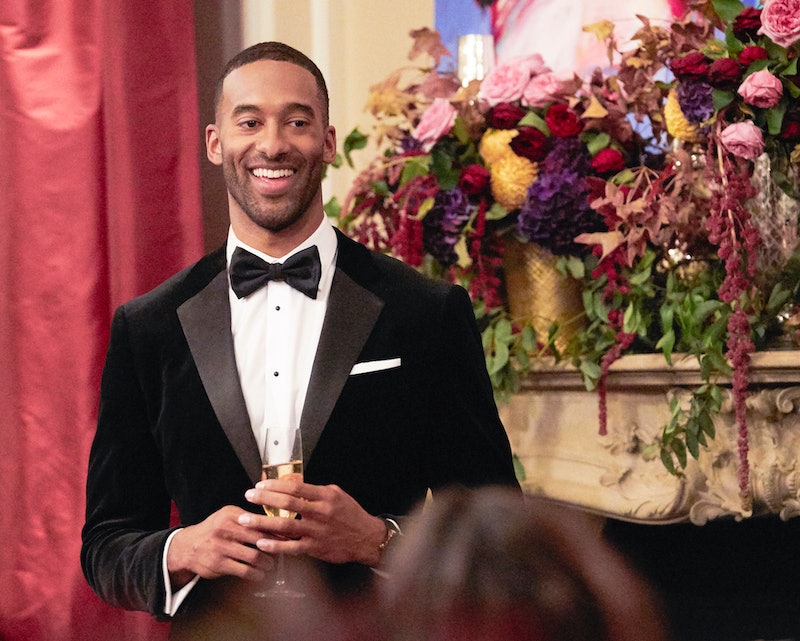 Though spiritual himself, Matt revealed that a difference in faith wouldn't impact his decisions in an interview with Glamour on Tuesday, Jan. 5. "I'm just speaking for myself, but it wouldn't be something that would keep me from exploring a relationship with somebody," the new star told the magazine when asked about spiritual compatibility. "It's more so them understanding where I go to for my inner peace, and what are the foundational building blocks of relationship and life for me. It's never been something that I've used against somebody or would exclude somebody from being a potential person that I'd want to be with."

Matt then explained what prayer means to him and how it helps him stay grounded in times of stress. "It's more so them getting to know me, and what better way than for them to see where I go to for my strength, especially in a stressful environment," he said. "[Prayer is how I] recenter myself."

While he doesn't anticipate a grand "landmark religion conversation" during the season, Matt teased that other serious topics will be addressed in the same vein as Tayshia's season — which touched on police brutality, mental health, and addiction. "You'll just see things interjected here and there that are authentic to what I'm going through in the moment," he continued. "We have conversations about race because it's important. Our [future] kids are going to have some sort of pigmentation, and they're going to deal with a lot of what I had to deal with."

"It's only rational to have that type of conversation with someone you're seriously considering being with, because our kids are going to have to deal with things that you might not have experienced," the new Bachelor added. The topic of race has already come up in the premiere, too. Matt confided in host Chris Harrison about the pressures of not just being the first Black Bachelor, but of expectations people might have when it comes time for him to choose a life partner.

"People want you to end up with a certain type of person," he told Chris. "My mom is white and my dad is Black and I experienced what it was like to be product of interracial marriage, and it's tough because you’ve got people who have certain views, old school views on what a relationship and what love looks like." He added, "I don't want to piss off Black people; I don't want to piss off white people; but I'm both of those. How do I please everybody?"