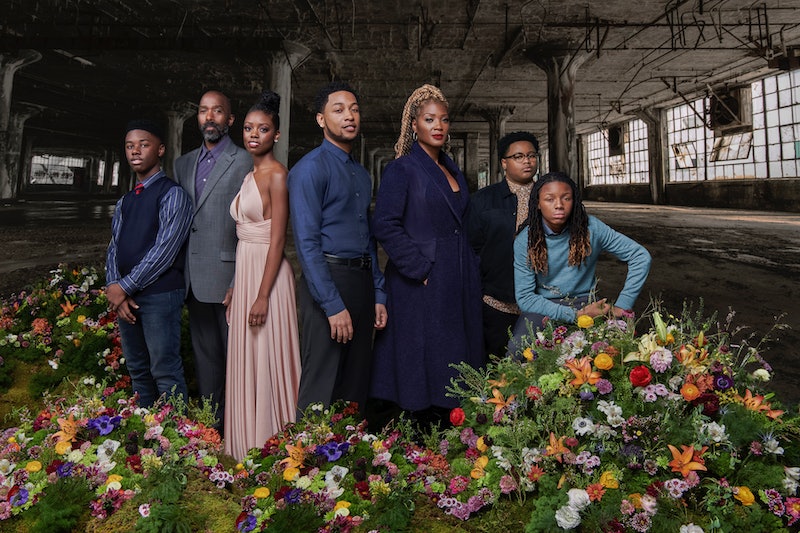 Update: Showtime has renewed The Chi for Season 4, according to The Hollywood Reporter. "This show has definitely taken me on a journey. One of learning, healing, and growth," series creator Lena Waithe said in a statement, in part. "I didn't know how [Season 3] would be received, but the level of engagement and enthusiasm from the fans has been fantastic."

Earlier: Although Showtime has yet to make any announcements about The Chi Season 4, the show's creator Lena Waithe is confident that it will happen. "I do think there will be another season," she told the Chicago Tribune in July. "And there will be some Chicago people — I'm not going to say who — but known Chicagoans who have hit me, like, "What do I have to do to be on the show?"

While the novel coronavirus pandemic very well could have affected the timing, a renewal announcement should have already been made, based on past patterns: Showtime renewed the coming-of-age drama for both its second and third seasons about three weeks after they premiered. Meanwhile, The Chi Season 3 premiered on June 21, and as of mid-August, there still isn't any news one way or the other.

Coupled with Waithe's interest, which could be one of the biggest decision-making factors, The Chi's ratings for its third season saw an uptick from Season 2, according to TV Series Finale. That could have something to do with Waithe, who also co-executive produces the series with Oscar winner Common, taking back more creative control, even appearing as Chicago mayoral candidate Camille Hallaway in a multi-episode arc. (Other Season 3 guest stars include Luke James, La La Anthony, Lil Rel Howery, and The Real Housewives of Atlanta star Kandi Burruss.)

"The truth is, the first two seasons — and look, I know people love those seasons — but I know you guys had some issues with those seasons. As did I," Waithe added to the Chicago Tribune, noting she "had very little say what happened in Season 1," and "stepped away" in Season 2 to pursue other projects. "A lot of people think, oh you make all the decisions, you created it. And that’s not how TV works. It’s a very collaborative thing. And when you’re a young new show creator you don’t really have a lot of say."

With the Season 3 finale airing on Aug. 23, there could be news of more of her resonant voice to come in the very near future.