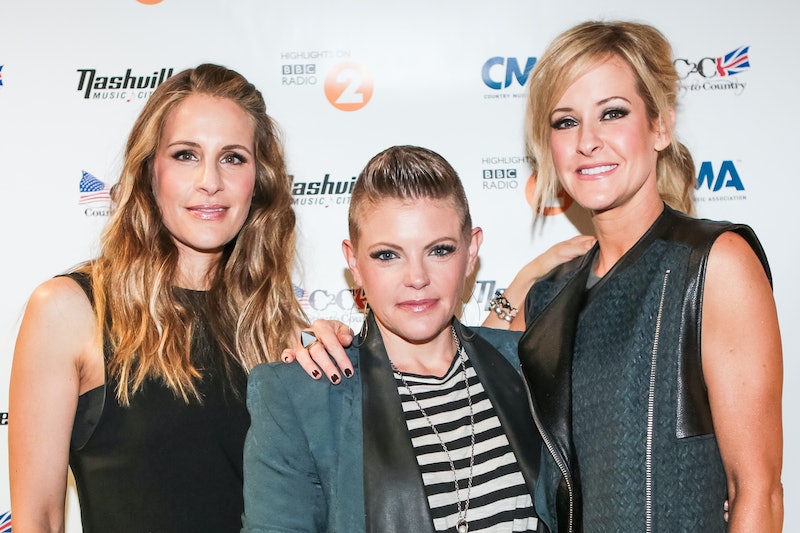 Fresh off the release of Gaslighter, the group’s first studio album in 14 years, the country trio formerly known as the Dixie Chicks are weighing in on some hot-button music industry issues. The Chicks shared their thoughts on Lady Antebellum’s name change to Lady A during an appearance on Watch What Happens Live With Andy Cohen on July 21. And, as is their typical style, they pulled no punches.

Like The Chicks, the country group comprised of Hillary Scott, Charles Kelley, and Dave Haywood recently changed their name, dropping the Civil War-era “Antebellum” in June in the wake of the Black Lives Matter movement. Unfortunately, the gesture has culminated in a lawsuit against the Black soul and blues singer Anita White, who has used the Lady A moniker for decades.

When Cohen asked Chicks members Natalie Maines, Emily Strayer, and Martie Maguire about their thoughts on the name change, Maines said the initial decision was the “right move” — but she wasn't so sure about their taking legal action. "I think it was good. It was news to us that they had gotten that trademark, what, six years ago or something. I wasn't up to speed on what they were doing," she said. “I think it was the right move.” Maines then pivoted to the lawsuit and added, "I think it's been very awkward and uncomfortable to have this whole lawsuit and it's kind of going against the point of changing their name."

As for what the band has to say to people who disagree with their decision to drop the “Dixie” from their name, Maguire quipped, “We don’t really care.”

In the wake of racial justice protests against police brutality, The Chicks announced their name change on June 25 and cited efforts to “meet this moment.” While Dixie Chicks derived from Dixie Chicken by Little Feat, an album the band was inspired by, the word “Dixie” is often associated with Southern slave-owning states prior to the Civil War. Maines, Strayer, and Maguire debuted the change alongside the release of their song “March March” from their comeback album Gaslighter — a political anthem that called for change amid the recent protests. The lyric video featured footage from the Black Lives Matter, March For Our Lives, and Women’s March protests and concluded with the names of George Floyd, Breonna Taylor, and more victims of police brutality.