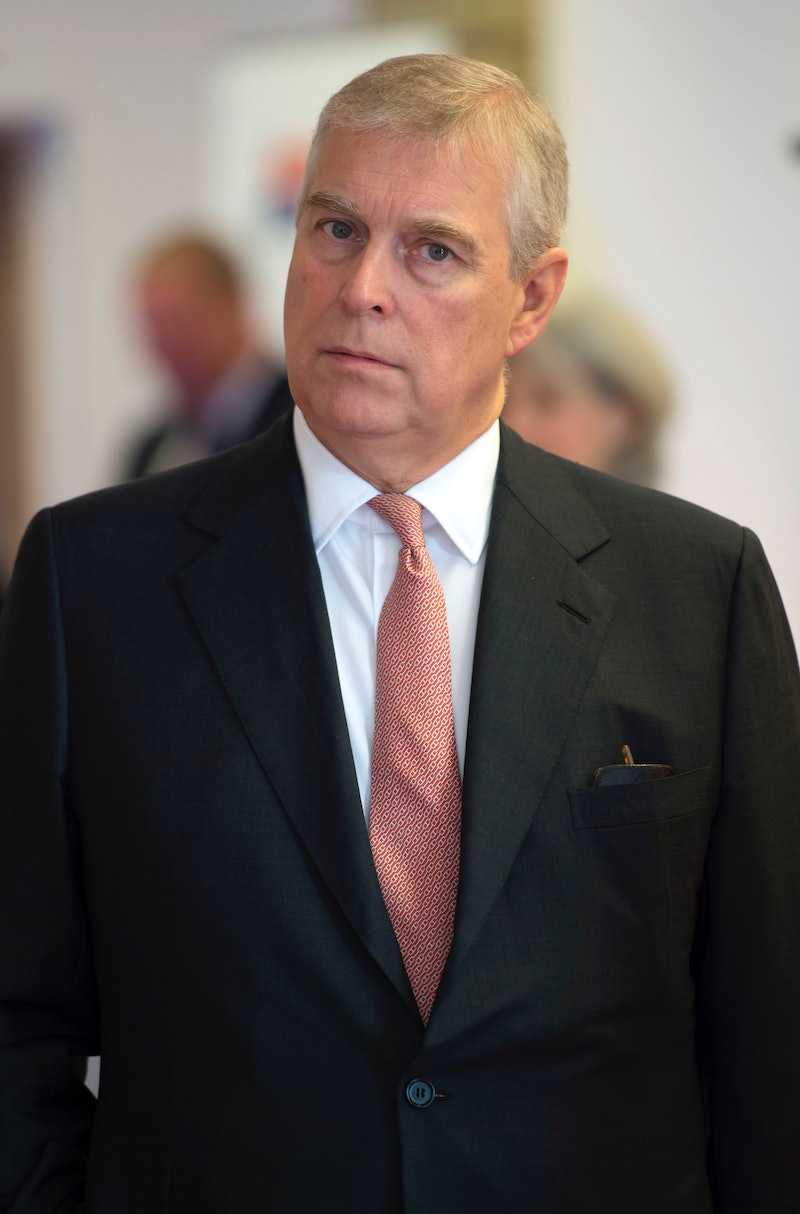 As documentarian Lisa Bryant rehashes the sex trafficking allegations against Jeffrey Epstein in Netflix's new four-part series Jeffrey Epstein: Filthy Rich, a number of celebrities he associated with are brought up by those interviewed. (Epstein denied the accusations against him and the case was dismissed after his 2019 death). One of the most prominent is Prince Andrew, whose friendship with Epstein eventually led him to step down from his royal duties.

According to The Guardian, Prince Andrew and Epstein met in 1999 when Epstein's former girlfriend, Ghislaine Maxwell, introduced them. Per the BBC, they were documented spending time together in 2000, 2006, and 2010, sometimes with Epstein visiting Andrew and sometimes with Andrew visiting Epstein. Though Andrew told the BBC in November 2019 that it would be a "considerable stretch to say that [Epstein] was a very, very close friend," he acknowledged that he'd stayed in Epstein's homes multiple times as well as attended intimate dinners with Epstein and his friends over the years. He also expressed regret about visiting Epstein's New York Home in 2010 — two years after Epstein was convicted of soliciting a minor for prostitution.

"I kick myself for [that] on a daily basis because it was not something that was becoming of a member of the Royal Family and we try and uphold the highest standards and practices and I let the side down, simple as that," Andrew said. He explained that he'd been with Epstein because "it was a convenient place to stay," but "at the end of the day, with a benefit of all the hindsight that one can have, it was definitely the wrong thing to do."

What Andrew has denied, however, are the accusations made against him by Virginia Roberts Giuffre, who alleged that Epstein forced her to have sex with Andrew on three separate occasions. Andrew told the BBC he had "no recollection of ever meeting" Roberts Giuffre, despite the existence of a photo taken of the two of them, and insisted that her claims never happened. The Buckingham Palace reiterated this to the producers of Filthy Rich, saying in a statement that, "It is emphatically denied that the Duke of York had any form of contact or sexual relationship with Virginia Roberts."

Following the BBC interview, for which Andrew was widely criticized, he said in a statement that he was stepping back from his royal duties and would cooperate with any investigations into Epstein's alleged crimes. However, CNN reported in January 2020 that New York prosecutors have not been able to get the prince to help with the investigation on any level.