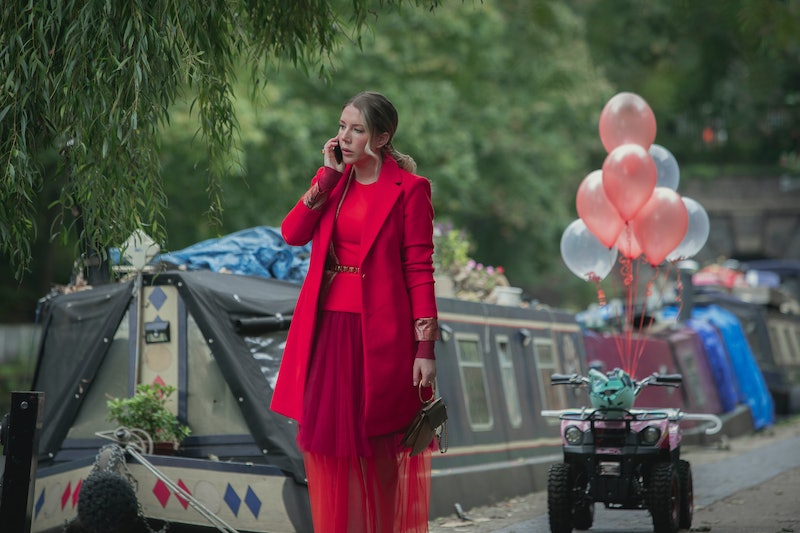 There's no word yet on whether Netflix plans to renew Katherine Ryan's comedy series The Duchess for Season 2. On the show, which the stand-up star created, wrote, and starred in, Ryan plays an amplified version of herself: a Canadian expat living in North London and raising a very precocious English daughter by herself. The first season tracks her character, also called Katherine, as she attempts to secure a sibling for 10-year-old Olive by almost any means — having a baby with her loving boyfriend is out of the question.

The possibilities for where another season could go are brimming with comedic potential, but Netflix tends to give shows some breathing room before deciding whether to order a second round of episodes. Luckily for newly-minted or enduring Ryan fans, there are plenty of other options to get a fix of her particular brand of UK-tinged observational humor while waiting to hear the verdict on The Duchess.

In her 2019 Netflix comedy special Glitter Room, Ryan tackles all things timely: revenge bodies, school bullies, the Kardashians and, of course, Meghan Markle. The Guardian called her "the queen of the caustic punchline" as she extolls the virtues of staying single, even through motherhood. "Men are like dolphins," she quips to the audience. "Best enjoyed on holiday."

"I'm like Taylor Swift, but with a soul," Ryan tells her 2017 Apollo Theatre audience for In Trouble, her first Netflix special filmed in London. Already she's working on some of the themes that make The Duchess so relatable, like getting older — "Aging just means you didn't die" — and the pitfalls of dating in your mid-thirties: "You will see women who are with younger men, but I promise that happened on accident. We're not out in the clubs like, 'Who can I find to do everything for and teach everything to?'"

And if that's still not enough Katherine Ryan to satisfy your impatient soul, Netflix is currently streaming The Fix, a panel comedy show presented by Jimmy Carr and co-hosted by Ryan. Guest comics debate solutions to the biggest problems facing society, like gun control and the opioid crisis, alongside an actual data expert. Ryan shines in an episode on the gender wage gap: "I grew up with sisters who were tanned with big boobs. I learned early, life's not fair."