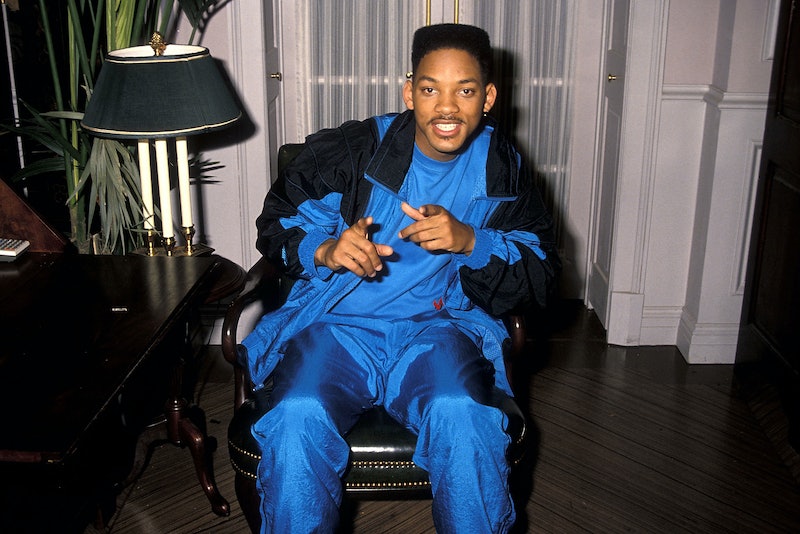 Go ahead and whistle for a cab, because The Fresh Prince of Bel-Air mansion is becoming an Airbnb in celebration of the classic sitcom's 30th anniversary. Will Smith announced the news himself in an Instagram post on Sunday. The actor captioned a photo of himself and D.J. Jazzy Jeff standing in front of the Los Angeles home used for exterior shots of the show, "YOOOO!! Y’all think we should rent out the @freshprince house?? We’re making it happen with the squad at @airbnb!!" The best part? You don't have to be flush with cash to make your dreams of living like a member of the Banks family come true: the rate for a stay is just $30 a night.

There is a catch though, the Fresh Prince mansion will only be available for five nights. If you want to snag one of the dates for yourself, booking requests begin at 11 a.m. PST on Sept. 29, per Entertainment Weekly. Additionally, guests won't have a full run of the house. Only Will's wing will be made available for the stay, but come on, having an entire wing of a mansion to yourself is a pretty sweet deal, and will definitely make for "the freshest staycation ever," as noted in the official listing.

Amenities include a bedroom with enough room to shoot hoops in, a closet full of clothes reminiscent of the show's '90s look, an outdoor lounge, and old school turntables for anyone who wants to channel their inner DJ Jazzy Jeff. Due to COVID-19 restrictions guests won't have access to the kitchen, but all meals will be provided and "served on silver platters." Making the deal even sweeter, Airbnb will be celebrating the show's anniversary and the mansion being open to fans for the first time by making a donation to the Boys & Girls Club of Philadelphia.

Fresh Prince fans are truly being gifted with an abundance of good news this year. In addition to the themed Airbnb rental, Peacock and Will Smith recently announced a drama reboot of the show has been given a two season order at the streamer, and the cast will be reuniting for an HBO Max special sometime this fall. And earlier this year, Smith and many of his fellow cast members reunited via Zoom to reminisce and pay tribute to the late James Avery, who played Uncle Phil.

At the time, Smith reflected on what the show and the cast meant to him — and to the fans who still reach out to share their appreciation for the series to this day. "It's a beautiful pause button for us to stop and think about what's really necessary," he said. "How often do we even pop on a call and say, 'Hey, how you doing?' Of all the things I have ever done, nobody brings up things more than they do about the Fresh Prince."