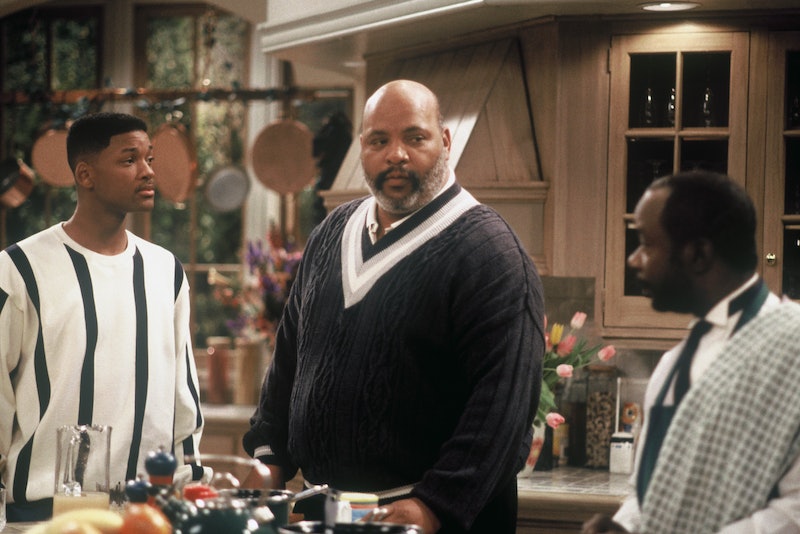 Avery died in 2013 at the age of 68 after suffering from surgical complications following his open-heart surgery. For a generation of TV viewers, Uncle Phil stands as one of TV's best dads (and uncles), and Smith's montage is a reminder of just how much heart Avery put into the role. The Fresh Prince star shared the episode's homage to the late actor on Instagram alongside the caption, "Our show wouldn't have been HALF what it was without the talent and light that was James Avery. We all love and miss you, James."

Seeing the cast react to watching Avery's scenes again only reinforced how true Smith's caption is. "I loved that man," Reid said of her onscreen husband after she watched the montage unfold. And a clearly emotional Smith added, "James Avery, James Avery."

While it sounds impossible, The Fresh Prince of Bel-Air will turn 30 in September of this year. The show's anniversary is what prompted Smith to reunite the cast to reminiscence about old times via Zoom. "Reunited and it feels so… AHHHHHH!" he wrote on Instagram. "It's been 30 years since the first season of The Fresh Prince of Bel-Air so I thought we should have ourselves a lil Zoom reunion!!"

Not only did the cast pay tribute to Avery, they also discussed everything from Will and Jeff's special handshake to the controversial recasting of Aunt Viv. The wide-ranging conversation marks the first time the entire cast has reunited since the series ended in 1996 — and Smith doesn't want that much time to pass between reunions again. "It's a beautiful pause button for us to stop and think about what's really necessary," Will said. "How often do we even pop on a call and say, 'Hey, how you doing?' Of all the things I have ever done, nobody brings up things more than they do about the Fresh Prince."

Fans who got emotional watching the cast react to Uncle Phil's best moments should prepare themselves, because starting May 27, The Fresh Prince of Bel-Air will begin streaming on HBO Max. Go ahead and have tissues at the ready, because, as the montage illustrates, no one gives a heart-to-heart talk quite like Uncle Phil.

More like this
Man Meets Politics: ‘Boy Meets World’ Star Ben Savage Is Running For Congress
By Jake Viswanath
'That '90s Show' Star Callie Haverda Got Advice From Mila Kunis & Ashton Kutcher
By Brad Witter
'Friends' Star Maggie Wheeler Offers Support To Matthew Perry After Reading His Memoir
By Alyssa Lapid
Mel B Thinks These Celebs Should Play Them In A Spice Girls Movie
By Alyssa Lapid
Get Even More From Bustle — Sign Up For The Newsletter
From hair trends to relationship advice, our daily newsletter has everything you need to sound like a person who’s on TikTok, even if you aren’t.