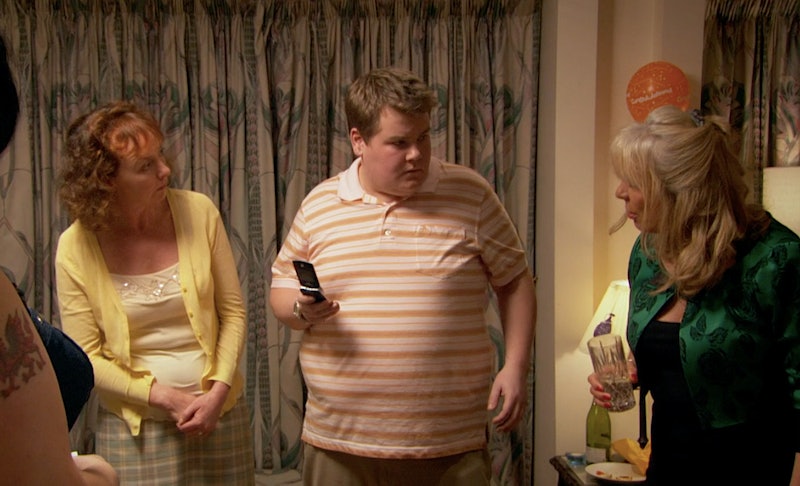 WhatsApp groups have kept friends and colleagues connected over the pandemic, and it seems that celebs have also taken advantage of the messenger app. Speaking to Metro about the Netflix movie Prom, James Corden revealed that the Gavin & Stacey cast have a WhatsApp group and they’re constantly in touch — especially since they’re all contributing to a radio special for the series this Christmas.

"We’re all on a WhatsApp text group. All of us and Matt [Horne] and Jo [Page] did a special radio show for BBC Wales the other day that will go out on Christmas. And we all contributed to that somewhat, "Corden said when asked whether viewers will see Smithy again.

The actor continues: “We’re always talking, all of us. And Ruth [Jones] and I talk all the time.”

Speaking about whether they'll ever resolve that 2019 Christmas cliffhanger, Corden said: “I hope so much we do it. The next one will really be the last, final part. And that is a little too much pressure for my chest to take at the moment, if I’m honest, in amongst the anxiety of 2020.”

Corden added: “If I had any notion to make another Christmas special I don’t think I’d be able to breathe. So we’ll cross that bridge when we get to it. But I promise you, we won’t lead you over the bridge unless we think it will be worth the journey.”

Elsewhere in the interview, Corden spoke about the making of Prom, which marks the second time Corden has worked with the one and only Meryl Streep. “I’m always just slightly thrown when I’m in her orbit, for all the obvious reasons,” Corden said of Streep. “She’s just a master in how to be a human being. She takes the work really, really seriously and doesn’t take herself seriously for a second, which means you can have great fun there all the time.”

All I'm saying is I'm ready for Streep to make a guest appearance on Barry Island.