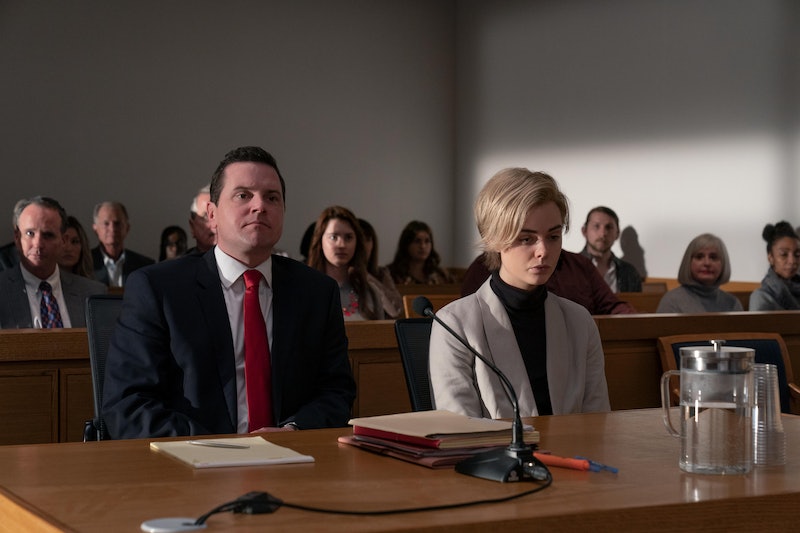 Hulu’s The Girl From Plainville finale shows star Elle Fanning undergoing her final transformation into Michelle Carter, including a new shorter hairstyle. The makeover preceded the verdict announcement in the so-called 2014 texting suicide case, in which Carter was charged with involuntary manslaughter for allegedly encouraging Massachusetts teen Conrad Roy III to die by suicide in dozens of text messages and calls. As Hulu previewed ahead of the true-crime season finale, Episode 8, “Blank Spaces,” focuses on the Carters and Roys trying to “find closure after tragedy.”

Though Hulu has yet to make an official announcement either way, The Girl From Plainville likely will not return for a Season 2, as the families attempt to go on with their respective lives. Based on Jesse Barron’s 2017 Esquire article of the same name, the limited series also drew upon court documents, including the texts between Carter and Roy, according to co-showrunners Liz Hannah and Patrick Macmanus. Ultimately, Carter was convicted of involuntary manslaughter and sentenced to 15 months in prison, but she only served about 12 months before being released from Bristol County Jail in January 2020 for good behavior.

Though Hannah and Macmanus spoke to several subjects directly involved in the tragedy, including the victim’s mom, Lynn St. Denis (played by Chloë Sevigny), Fanning “didn’t feel that it was appropriate” to reach out to Carter. “It just wasn’t something that I felt like I needed to for my part,” she told Variety. “I am playing a real person, but it’s our version of her, and it is a character. At the end, you want to bring sensitivity to the story, but then, also, I had to remove myself.”

In fact, balancing “fiction and reality” was actually the “toughest part” of the role for Fanning, who also serves as a producer: “This is a real story, and you need to be sensitive to that, but then we have to also create a show and think about things in a cinematic point of view. ... I just wanted to tell the truth of it and show these people for more of what they were, not what the media portrayed [them to be] to all of us.”

Despite some dramatizations and instances of creative license, the series was ultimately rooted in the facts of the case. With Carter’s conviction already playing out in Season 1, it’s unlikely that the creators would venture into the much less public post-trial happenings, which would rely either on personal accounts or have to lean more into fictional territory. So viewers have likely seen the last of Fanning stepping into Carter’s shoes, but either way, it’s surely only a matter of time before the next true-crime series has its moment in the spotlight.

More like this
Betty Gore’s Daughter Honored Her After She Became A Mother Herself
By Brad Witter
Justin Timberlake’s ‘Candy’ Character Really Investigated Betty Gore’s Killing
By Brad Witter
The True Story Of Candy Montgomery From Hulu’s True Crime Series
By Radhika Menon
Where Is Allan Gore Now? The ‘Candy’ Subject Moved On Shortly After Betty’s Death
By Gretchen Smail
Get Even More From Bustle — Sign Up For The Newsletter