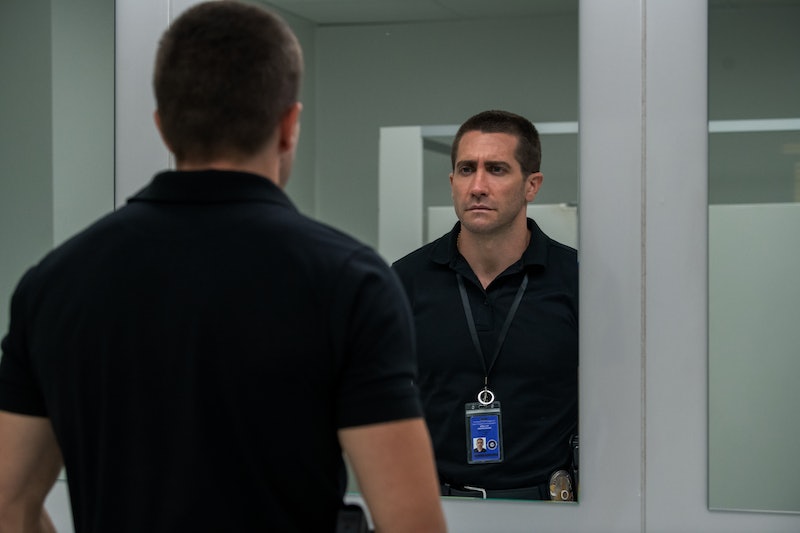 Just when you think you have the story figured out, The Guilty takes a sharp left turn on a highway overpass.

Jake Gyllenhaal leads what is basically a one-man-show in The Guilty. The new Netflix film is a remake of writer-director Gustav Möller’s 2018 Danish-language movie, Den Skyldige; in the new version, directed by director Antoine Fuqua and written by Nic Pizzolatto, the story is transposed to America, where police brutality is all-too-real for many innocent citizens. Gyllenhaal plays Joe, a suspended cop working at a 9-1-1 call center. Though the story behind his suspension is never fully explained, it’s revealed that he shot and killed a 19-year-old victim while on-duty — it’s heavily hinted that it was without cause. His trial is scheduled for the day after the events of the film.

Joe is not good at his new job. He’s curt with — or just straight-up rude to — both his colleagues and the callers patched through to his line. That is, until he gets a call from a woman named Emily (Riley Keough), who insulates that she’s been abducted by her ex-husband Henry, a former convict. She calls 9-1-1 from the car as Henry drives, pretending that she’s consoling her young daughter, while Joe desperately attempts to pin down her location. He spends the first half of the film focusing on Emily, ignoring other emergency calls that come in. He believes Emily and her children are in grave danger, and viewers are led to assume the same.

The twist occurs about midway through the movie, when Joe starts to piece together the truth. After receiving another disturbing call from Emily, in which she spews nonsense about Oliver, her youngest son, Joe realizes that Emily isn’t the victim — she’s the culprit. She severely injured and maybe even killing Oliver, before Henry removed her from the house. Viewers then learn that Henry’s “abduction” was actually an attempt to commit Emily to a psychiatric facility.

In the last half of the film, Joe does everything he can to prevent Emily from causing further harm. At the eleventh hour, Emily talks to Joe from a highway overpass, threatening to jump. By offering a heartfelt and emotional confession of his own sins, Joe is able to prevent Emily from dying by suicide. It’s then revealed that Oliver will survive, despite his injuries. The Guilty ends with Joe accomplishing what he set out to do — saving everyone from their own demons, including himself.

What makes this twist so harrowing isn’t just the nature of Emily’s actions, but Joe’s determination to help Emily because it’s too late to help himself. Ironically, choosing to help Emily even as other calls came across his desk was the same kind of impulsive, emotion-fueled decision-making that landed him on desk duty in the first place (he confesses that he didn’t know whether the person he killed “hurt someone,” but shot him anyway “because I was angry”). Thankfully, this time, he was trying to help, not hurt. Maybe that’s why he tried so hard to save Emily, and then her children — to balance the scales for taking an innocent person’s life.