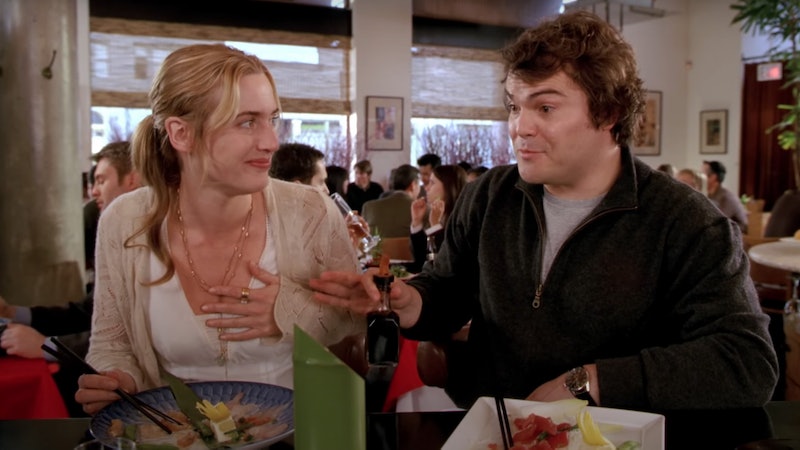 When reports revealed that a sequel for The Holiday was in the works, Meyers had to shut down the rumor. “Sorry but it’s not true. ❤️,” she wrote on Instagram in December 2022. She also explained on Today why a festive follow-up isn’t in the cards. “I’ve been asked to make a sequel a couple of times, you know, and I think about it, and I just think it’s good the way it is,” she said. “I don’t know how I won’t disappoint.”

Fortunately, even if we never get that sequel, The Holiday is one of the most rewatchable films ever — not just because of the beautiful couples (and equally beautiful interiors). The ensemble of Iris (Kate Winslet), Amanda (Cameron Diaz), Miles (Jack Black), and Graham (Jude Law) deliver countless quotable moments over the course of the film’s two-plus hours, including observations about love, food, and vacation.

Ahead, here are 16 of the best quotes from The Holiday.

“I suppose I think about love more than anyone really should. I’m constantly amazed by its sheer power to alter and define our lives.”

Iris opens the film with the admission that she’s a hopeless romantic, and it lends a feeling of fate to the love stories that follow.

“Legend has it, when the Santa Anas blow, all bets are off. Anything can happen.”

Miles and Iris’ first meeting starts with a blustery moment of foreshadowing.

“I’m not going to fall in love with you, I promise.”

Amanda makes it clear that she won’t be falling in love with Graham, which is a pretty great way of ensuring that she absolutely will.

In Los Angeles, Iris meets Arthur Abbott, a screenwriter who drops some serious wisdom during their dinner date — the 2006 predecessor to “main character energy.”

“Arthur, I’ve been going to a therapist for three years. And she’s never explained anything to me that well.”

This is the same exact feeling you get when you stumble upon a TikTok that, somehow, applies to your exact situation and gives you the advice you didn’t know you needed.

This line isn’t applicable to many real-life situations, but Law’s delivery makes it a crucial moment in cinematic history.

“I met a really nice guy. He’s really cute. I feel great when I’m with him — which is an entirely new experience — and he’s about 90 years old.”

Iris gives this hilarious report to Graham about her new neighbor, Arthur.

This under-the-breath line comes from Dustin Hoffman in an unplanned cameo. The Graduate star was having lunch nearby while The Holiday was filming and stopped by to say hi to his IRL friend, Meyers, she revealed on Instagram.

“So, how about some food? Shall I make us a little Christmas fettuccine?”

Iris and Miles bonding over their respective heartbreaks with festive comfort food? Further proof that The Holiday is one of the coziest movies ever.

“You’ll go somewhere new. And you’ll meet people who make you feel worthwhile again. And little pieces of your soul will finally come back. And all that fuzzy stuff — those years of your life that you wasted — that will eventually begin to fade.”

Iris started the film in a pretty low place, and her speech here is a meaningful reminder that bad relationships don’t have to last forever.

“It is Christmas Eve, and we are going to sit out on that patio, we’re gonna make ourselves a little fire, pop some bubbly, and we are gonna celebrate being young and being alive.”

Miles responds to Iris’ monologue with a pep talk of his own, which just so happens to make a great holiday Instagram caption, too.

“Iris, if you were a melody — I used only the good notes.”

This line from Miles is the composer’s way of saying how much he cares for Iris. It makes the case for why Jack Black needs to be in more rom-coms, please!

“I have another scenario for you: I’m in love with you.”

This quote encapsulates Graham’s approach to cracking Amanda’s cool, calculated exterior. Instead of letting her overthink the future and why they will (or won’t) work out, he offers this simple admission, which does the trick.

“I’ve got a life to start living. And you’re not going to be in it.”

Iris finally finds the right words to break up with Jasper.

“I think what I’ve got is something slightly resembling gumption.”

Iris borrows this term from Arthur — and it’s a ‘40s way of saying she’s finally taking control of her life. “Gumption” is also the name of the Hans Zimmer piece (you know the one) on The Holiday soundtrack.

“So now I’m just gonna kiss you for the millionth time and say: be seeing you.”