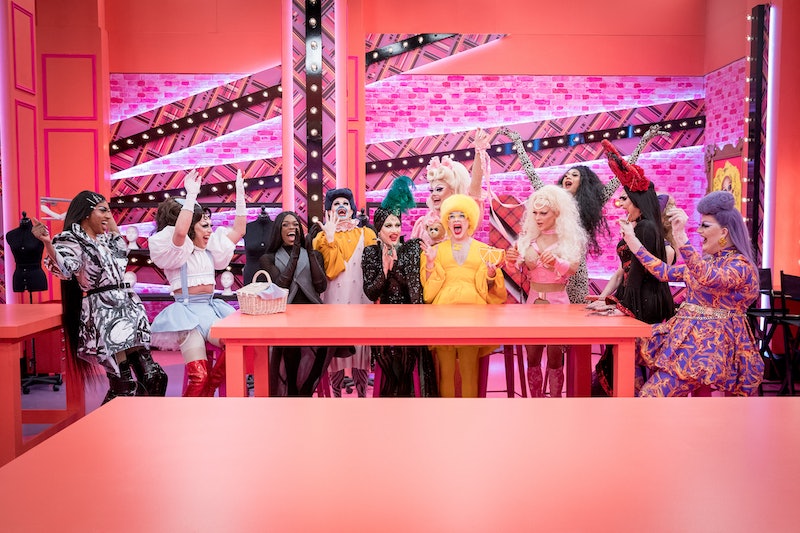 We could all do with some good news right about now, so what better way to kick things off for the new year than with season two of RuPaul’s Drag Race UK? Unless you’ve been living under a rock, you’ll know that Drag Race is the most famous drag competition in the world, and the popular U.S. show was adapted for UK screens for the first time in November 2019.

Now we're getting ready for series two of RuPaul’s Drag Race UK, which kicks off on January 14 at 7 p.m. on BBC iPlayer. Hosted by drag legend RuPaul, the show will see 12 new queens from across the UK competing for the coveted title of the UK’s Next Drag Race Superstar.

In weekly challenges testing their comedy, makeup, fashion, sewing ability, singing and acting, the queens will battle it out and lip sync for the lives until only one remains. And returning to judge alongside RuPaul will be Michelle Visage, Graham Norton, and Alan Carr. And, as always, there will be a string of famous faces guest judging including Lorraine Kelly, Maya Jama, Dawn French, and Jordan Dunn.

This year, the talent look like they means absolute business, with a line-up featuring fashion starlets to silly comedy queens and professional dancers. And fans are gagging to see the best of the best that the UK has to offer.

Without further adieu, let’s see who will be hoping to follow in the footsteps of last year’s winner The Vivienne. It’s time to meet the queens.

More like this
What Exactly Is The Bish & Chips Show?
By Frances Stewart
How To Get Tickets To 'Strictly Come Dancing's Live Tour
By Sophie McEvoy
'Made In Chelsea's Liv & Tristan Are Hard To Keep Up With
By Sophie McEvoy
'Survivor' Is Finally Coming Back To UK Screens
By El Hunt
Get The Very Best Of Bustle/UK