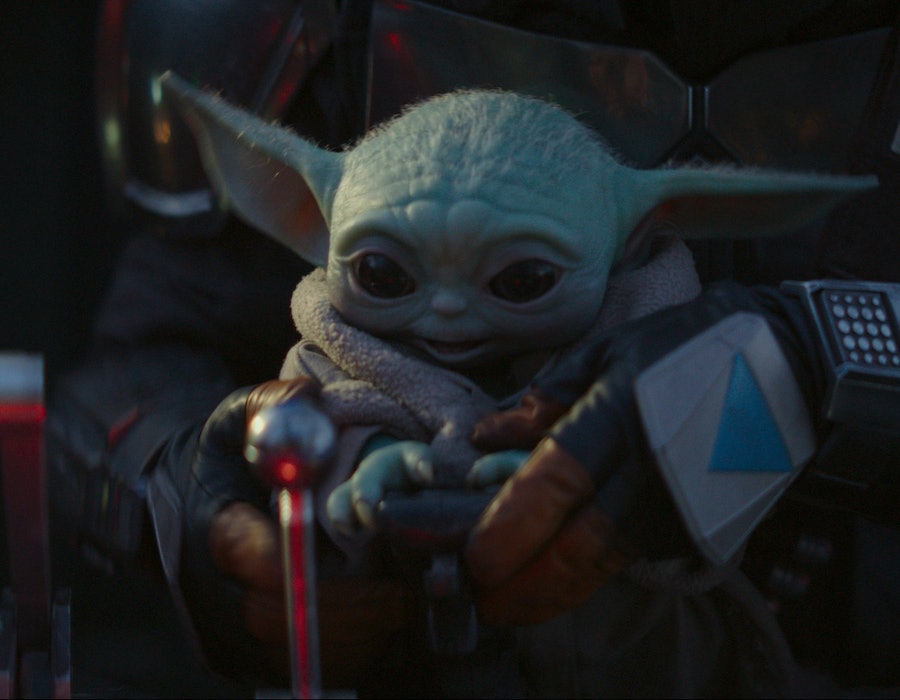 It's been almost 9 months since we last knew the joy and elation that is Baby Yoda. The little guy was the saving grace of 2019, and now, he's coming back to save 2020 — or, at the very least, improve it exponentially. The Mandalorian Season 2 premiere date was finally announced, confirming that Mando and Baby Yoda will be back with new episodes starting on Oct. 30.

Season 2 of The Mandalorian has been shrouded in secrecy, but, thanks to a few big casting rumors and announcements, fans have an idea of what's to come. In March, it was reported that Rosario Dawson would be joining the cast as Clone Wars favorite Ahsoka Tano, an apprentice of Anakin Skywalker. In May, another report teased the return of infamous bounty hunter Boba Fett, played by Star Wars: Attack of the Clones star Temuera Morrison. Timothy Olyphant and Katee Sackhoff also joined the cast of The Mandalorian Season 2, promising brand new adventures for Mando and "The Child." But Disney has yet to confirm any of that, instead choosing to keep the new seasons int he shadows completely. Even now, with its new Season 2 date announcement, Disney+ is keeping the mystery alive, announcing the news on Twitter with a simple photo of the Mandalorian logo.

When fans last saw Baby Yoda, he was narrowly escaping capture with Mando and heading out into the galaxy for a brand new adventure. Mando's mission, now that he knows more about Baby Yoda and those who are after him, isn't just to protect Baby Yoda, it's to raise him as his own until The Child can be reunited with his people. And given the fact that the Star Wars franchise has only ever shown Yoda as the little green species — hence the nickname Baby Yoda and not Baby [insert Yoda species name here] — finding Baby Yoda's people might be pretty impossible. After all, the baby is valuable for a reason: he's unique.

Though, if Mando is successful in finding The Child's family, fans wouldn't object to seeing a handful of other Baby Yodas running around.