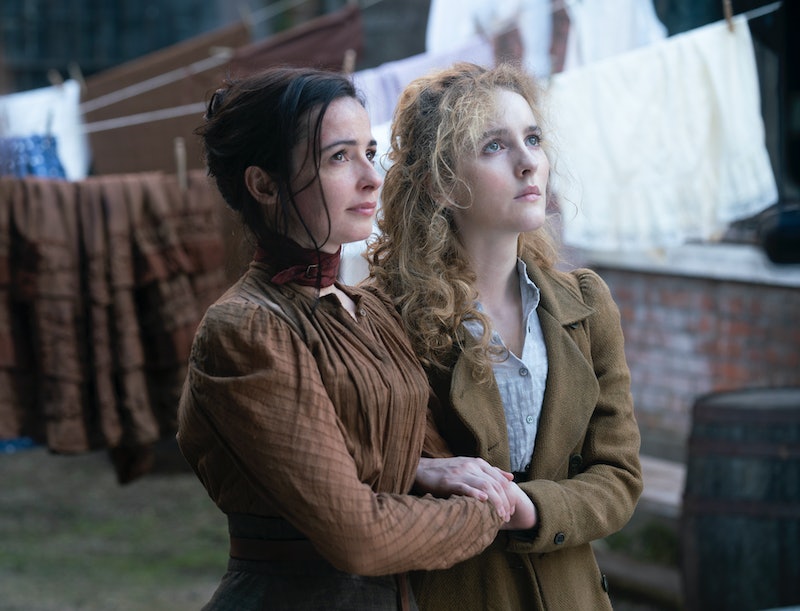 The Nevers is nearing its mid-season finale, a halfway point that HBO is teasing like it’s the end of the show’s freshman run. In some ways, that makes sense. Six episodes may not have been enough to satisfyingly end any on-screen arc, but it’s a good time to draw a line under behind the scenes drama. When The Nevers eventually returns to air for the second half of its first season, the creative team will have a new boss.

Joss Whedon, the show’s creator, quit the production in November, when the cast and crew were still in the middle of a grueling COVID-delayed production. British screenwriter and first-time showrunner Philippa Goslett will be taking over the series, a steampunk science-fiction adventure set in the last years of Queen Victoria’s reign.

A Season 2 premiere date is still in the distant future as Season 1 has yet to finish. Filming on the last six episodes of Season 1 is slated to resume this summer, and HBO confirmed by email that it doesn’t anticipate getting the show back on the air until 2022.

Why Did Joss Whedon Leave The Nevers?

In November 2020, a year and a half after filming first started on The Nevers prior to the outbreak of COVID-19, Joss Whedon announced he would be stepping down as showrunner.

Whedon blamed his departure on the struggles of making TV in the middle of a pandemic. “This year of unprecedented challenges has impacted my life and perspective in ways I could never have imagined, and while developing and producing The Nevers has been a joyful experience, I realize that the level of commitment required moving forward, combined with the physical challenges of making such a huge show during a global pandemic, is more than I can handle without the work beginning to suffer,” he said in a statement. “I am genuinely exhausted, and am stepping back to martial my energy towards my own life, which is also at the brink of exciting change.”

So far that account hasn’t been contradicted, though HBO’s confirmation statement was less than effusive. “We have parted ways with Joss Whedon. We remain excited about the future of The Nevers and look forward to its premiere in the summer of 2021.”

In the following months, Whedon was accused to workplace harassment by Buffy the Vampire Slayer actress Charisma Carpenter, who called the on-set environment “toxic.” Her claims were supported by fellow castmates, including Michelle Trachtenberg and Sarah Michelle Gellar.

Since then, Wonder Woman star Gal Gadot confirmed her own dust-up with Whedon on the set of The Avengers. “He kind of threatened my career and said if I did something, he would make my career miserable,” she told an Israeli news outlet.

There have been no public reports of misconduct on The Nevers.

Given where we’ve left off, there’s no reason to expect any shifts in the cast between parts one and two of Season 1. As for what happens in a potential Season 2, we’ll update this space with more information when we have it.