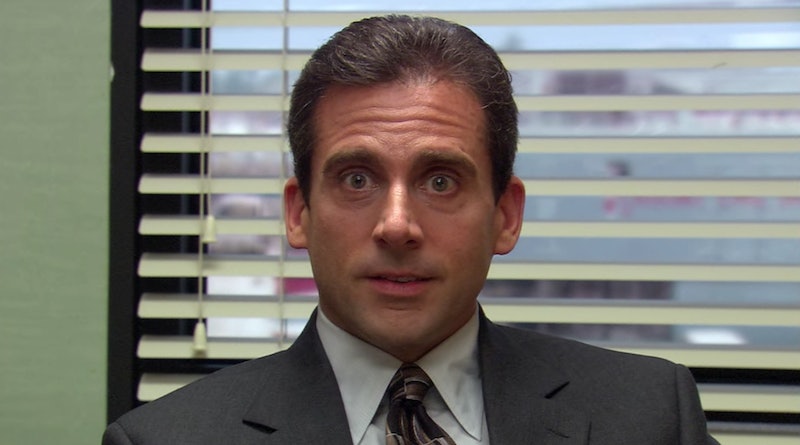 Last year, fans fell into collective despair after it was announced that The Office would leave Netflix for NBCUniversal’s new streaming service, Peacock. However, a new development has suggested that the move might not be so bad at all: The Office will include new “elements” when it relaunches on Peacock in January 2021, according to Matt Strauss, chairman of Peacock and NBCUniversal Digital Enterprises. The addition of unreleased content is part of an effort to entice streamers to subscribe to the platform (and frankly, it just might work).

Strauss told Bloomberg that Peacock will be "reintroducing The Office in a more complete way" and teased "incorporating elements that were not part of the original broadcast" in an interview on July 30. Strauss did not offer any more details beyond that, but these "elements" could mean a variety of things. Could they be bloopers? Deleted scenes? Extended episodes? New cast interviews? A reunion special à la Friends on HBO Max? A tour of Schrute Farm? The possibilities are endless, but for now, we’ll just have to wait and see.

Before it came to Netflix, The Office ran for nine seasons between 2005 and 2013, launching the Hollywood careers of Steve Carell, John Krasinski, and Ed Helms, among others. All seasons are currently available on Netflix, where The Office served as Netflix’s No. 1 most-watched show in the U.S. in 2018. And the streaming site will retain the exclusive streaming rights until the end of the year. Once that expires, The Office will join other popular NBC sitcoms, such as Parks and Recreation, 30 Rock, Saturday Night Live, and Saved by the Bell, on Peacock.

While The Office’s departure from Netflix is very solemn and solemn indeed (cue repeated listens of James Blunt’s “Goodbye My Lover”), perhaps fans will find solace in Peacock’s promise of new “elements” that will reintroduce the beloved sitcom in “a more complete way” — whatever that really means.