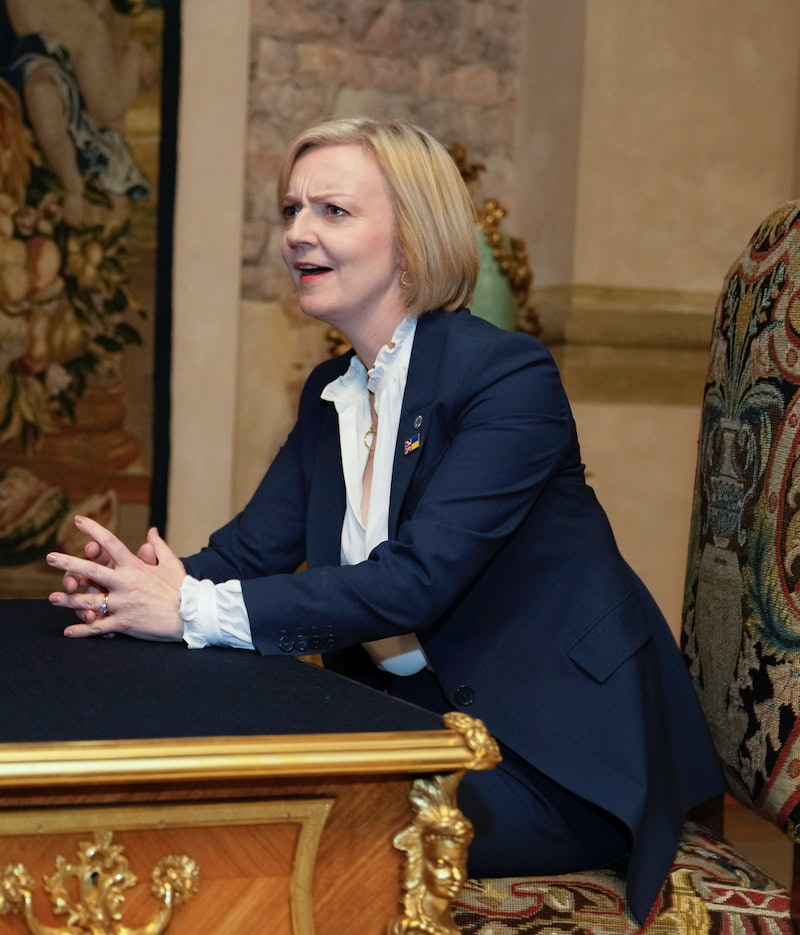 It’s been just over a month since Liz Truss became the UK’s Prime Minister. Yet the Conservative leader has managed to wreak unprecedented levels of chaos during her very limited time in charge of a country recovering from the huge economic hits of lockdown and Brexit. And as discontent with the new leader grows, the public has been tickled by an unforgiving assessment levelled by The Economist on Oct. 11. Presented in its brilliantly cutting, original form…

“Liz truss has already secured a place in history. However long she now lasts in office, she is set to be remembered as the prime minister whose grip on power was the shortest in British political history,” the publication wrote. “Ms Truss entered Downing Street on September 6th. She blew up her own government with a package of unfunded tax cuts and energy-price guarantees on September 23rd. Take away the ten days of mourning after the death of the queen, and she had seven days in control. That is the shelf-life of a lettuce.”

The paragraph’s final zinger has been quickly adopted by Twitter, with a fair few joking that a lettuce might’ve offered better leadership. After Labour’s Shadow Home Secretary Yvette Cooper shared a screenshot, YouTuber Chris Broad responded: “A sobering thought that a lettuce would’ve inflicted less damage to the economy.” Meanwhile, another Twitter user noted that the remark was “one hell of a, albeit quintessentially British, insult, and I for one am here for it.”

Elsewhere, the editorial brands the PM The Iceberg Lady — a play on the Iron Lady nickname given to former Prime Minister Margaret Thatcher. It’s a reference to Truss rapidly backtracking on the most controversial elements of a much-criticised “mini-Budget” she and Chancellor of the Exchequer Kwasi Kwarteng shared last month.

On top of Truss’ latest shredding in the press, a clip of King Charles III greeting the Prime Minister at the first weekly audience has now caught attention for all the wrong reasons. His Majesty welcomed Truss with a less than upbeat message, saying: “Back again? Dear, oh dear.” Inside Westminster, meanwhile, The Guardian reports rising discontent among Tory MPs, and a potential backbencher plot to either replace Truss, or provoke a General Election.

More like this
Twitter Has Renamed Ekin-Su After *That* 'Dancing On Ice' Performance
By Sophie McEvoy
Blake Lively Is Trolling Ryan Reynolds Again – Over Wrexham FC
By Sam Ramsden
Twitter Has No Chill As The 'Love Island' Villa Descends Into Chaos
By Darshita Goyal
Twitter Is Having A Field Day Over Mr Blobby’s Costume Selling For £62k
By Catharina Cheung
Get The Very Best Of Bustle/UK
Sign up for Bustle UK's twice-weekly newsletter, featuring the latest must-watch TV, moving personal stories, and expert advice on the hottest viral buys.