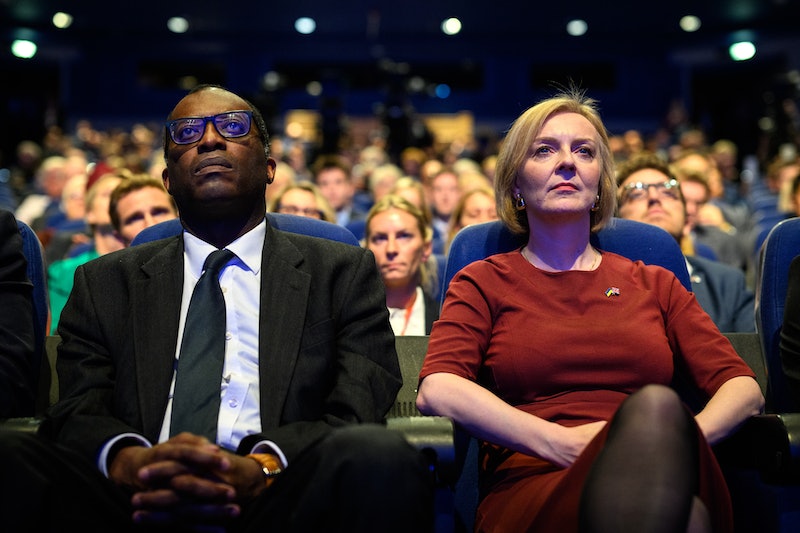 Although she’s been in office for less than a month, Prime Minister Liz Truss has already been forced to pull an enormous U-Turn on one of her most controversial new policies. As part of her Growth Plan, she and Chancellor Kwasi Kwarteng announced plans to slash taxes for high earners. The Conservative leader quickly attracted widespread criticism for dishing out tax-cuts for the super-rich during a cost-of-living crisis. Now, the politicians have been forced to backtrack. Confirming the U-turn via social media, Kwarteng tweeted: “We get it, and we have listened.”

Currently, people in the UK are taxed by different amounts depending on how much they earn: anybody earning over £150,000 pays out 45% of their income in tax, those who earn over £50,270 pay 40%, and everybody else pays a basic rate of 20%. In a nutshell, Truss and Kwarteng wanted to axe the top tax bracket: under their plans, a multi-millionaire would save tens of thousands of pounds every year by paying the same 40% tax rate as somebody earning £60k, for example. The markets reacted badly to the announcement, with the value of the British pound plummeting to a record low, and multiple mortgage companies putting a freeze on lending and withdrawing offers amid huge uncertainty. In an unprecedented move, the Bank of England also had to step in to spend a staggering £65 billion on stabilising the markets.

Though Truss and Kwarteng had argued the cuts would help the whole economy to grow, they were quickly criticised across the board for seemingly favouring the super-rich at a time when energy bills are spiralling out of control, and food prices are rapidly rising. Over the weekend, an estimated 100,000 protesters attended Enough is Enough protests around the UK, and even Truss’ own bench mates started turning on her. The Conservative party conference kicks off in Birmingham this week, and there were reports of an internal rebellion planned to overthrow the new leader.

Who knows what exactly forced Truss’ hand — the turmoil of the markets, the threat of being overthrown by her own party, or the level of criticism from voters across the country, and a surge of support for Labour. Either way, the new PM and her Chancellor backtracking on a drastic policy so early on — after repeatedly insisting they would not drop it — will prove hugely embarrassing for the government.

Meanwhile, the public has been having a field day online, pointing out the incompetency of the move, and drawing attention to Kwarteng’s other planned policies. See how social media is reacting, below.

And before the drastic U-turn took place, many Twitter users were tickled by the fact that Downing Street’s beloved pet, Larry the Cat, seemingly brushed off Truss’ attempts to say hello outside Number 10.