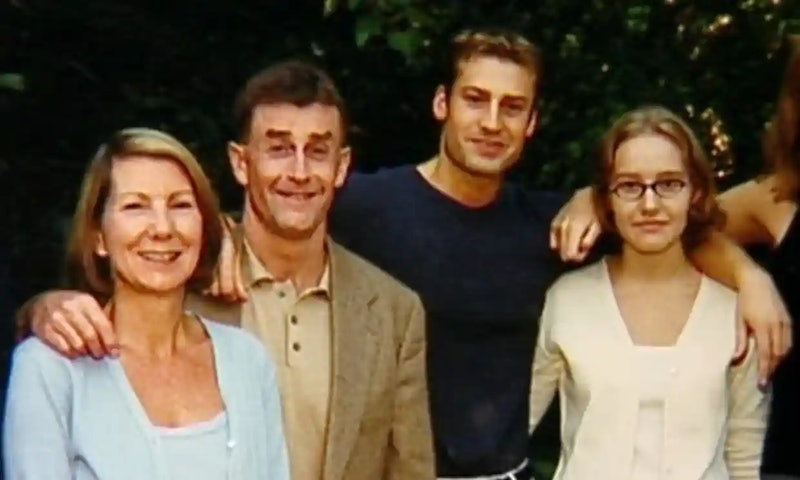 The tragic case of Kathleen Peterson caught the attention of true crime enthusiasts worldwide. The details surrounding her death were closely examined in a groundbreaking documentary, the popularity of which inspired the much-anticipated Sky drama The Staircase, starring Colin Firth, Toni Collette, and Sophie Turner. If you’d prefer to delve deep into the real-life case ahead of enjoying the star-studded series, you’ll be happy to learn that you can watch The Staircase documentary in the UK.

The documentary centres on the mysterious death of Kathleen, a wife and mother from North Carolina, who was found dead at the bottom of a staircase in December 2001. As per Radio Times, her husband, Michael Peterson, claimed that she had fallen while intoxicated. However, the authorities weren’t convinced of his account, and he was subsequently put on trial for murder.

A 13-episode documentary, detailing every aspect of this unbelievable true story, originally broadcast on BBC Four. Now, The Staircase doc is currently available to stream on Netflix UK.

As The Guardian notes, the award-winning documentary, created by Jean-Xavier de Lestrade, was first released in 2004, with a total of eight episodes. As the case progressed, another two episodes were added to the true-crime doc in 2013, with a further three episodes debuting in 2018. The docu-series captivated viewers with fascinating behind-the-scenes access, and interviews with those closest to the case — including Kathleen’s own family and David’s lawyers. Upon its initial release, The Staircase documentary was met with critical acclaim, winning the coveted 2004 Peabody award.

As mentioned, the story of Kathleen and Michael Peterson is also the subject of Antonio Campos (The Sinner) and Maggie Cohn’s (American Crime Story) newest true-crime drama. “Based on a true story, The Staircase explores the life of Michael Peterson, his sprawling North Carolina family, and the suspicious death of his wife, Kathleen Peterson,” the show’s synopsis reads.

HBO’s The Staircase will debut on May 5 in the UK, airing on Sky and via NOW streaming service.

More like this
A New Netflix Doc Will Explore The Unsolved Murder Of Jill Dando
By Sam Ramsden
This First Look At 'The Gold' Shows Jack Lowden In A Whole New Light
By El Hunt and Sam Ramsden
Yes, 'The Price Of Glee' Is Available To Watch In The UK
By Catharina Cheung
Joey Essex Is Rumoured To Be Dating A 'Love Island' Favourite
By Sam Ramsden
Get The Very Best Of Bustle/UK
Sign up for Bustle UK's twice-weekly newsletter, featuring the latest must-watch TV, moving personal stories, and expert advice on the hottest viral buys.