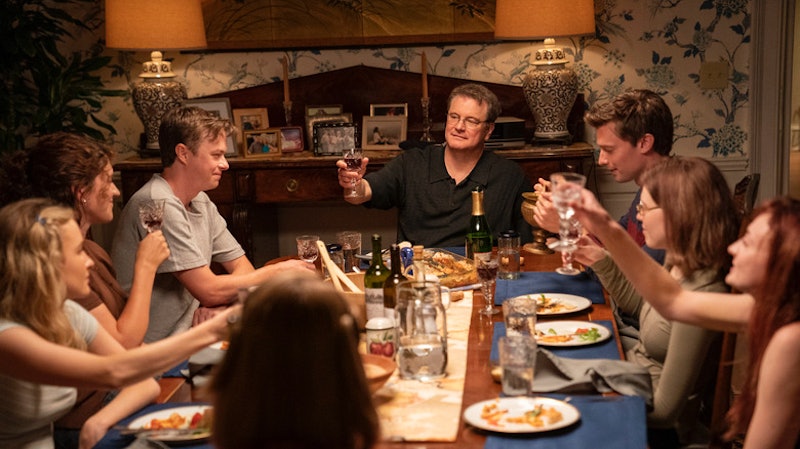 True crime dramas are everywhere right now, I know. From Inventing Anna to The Dropout, we can’t get enough of real-life stories. So, it’s no surprise that The Staircase is billed to be a huge hit. Based on the 2004 French documentary of the same name, The Staircase is an eight-part narrative retelling of the mysterious circumstances that led to Kathleen Peterson’s death – and her husband’s role. Adding to the appeal? It stars Colin Firth and Toni Collette. But how can you watch The Staircase in the UK?

Luckily, UK viewers won’t have to wait long to tune into the HBO series. The Staircase is set to debut on May 5 in the UK, airing on Sky and via NOW streaming service, with the first three episodes of The Staircase dropping on May 5, with the remaining five episodes dropping on a weekly basis on a Thursday thereafter.

Created and written by Antonio Campos, who previously directed The Sinner, and Maggie Cohn of American Crime Story and Narcos fame, the series is billed as a nail-biting affair. “Based on a true story, The Staircase explores the life of Michael Peterson, his sprawling North Carolina family, and the suspicious death of his wife, Kathleen Peterson," the HBO synopsis reads.

Supporting cast members include Game Of Thrones’ Sophie Turner, Dopesick’s Michael Stuhlbarg, and Little Fires Everywhere’s Rosemarie DeWitt. Adding another later of intrigue for viewers also is a budding IRL romance. Per the Daily Mail, Cohn, a celebrated screenwriter, is believed to be dating Colin Firth, too. (He and his wife of 22 years, Livia, separated in 2019.) While we won’t be able to see their on-screen chemistry, there is something rather appealing about knowing they met on-set, no?