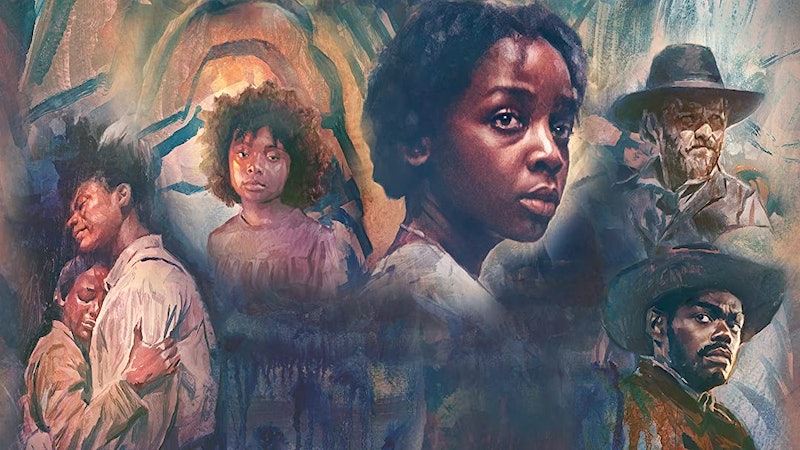 Based on Colson Whitehead’s Pulitzer-winning alternative history novel, The Underground Railroad reimagines the story of abolitionists who used hidden routes and safe houses to escape slavery in America’s Deep South. The fantasy-historical drama is directed by the Oscar-winning filmmaker Barry Jenkins of Moonlight fame and looks set to become a streaming highlight of 2021. If you’d like to delve into the new series yourself, here’s how to watch The Underground Railroad in the UK.

All 10 episodes of The Underground Railroad are now available to stream in the UK on Amazon Prime Video. The series debuted on the platform on May 14 and can be enjoyed at no additional cost by Amazon Prime members.

Per Radio Times, the series centres on two slaves, Cora and Caesar, who work on plantations in America’s Deep South. The pair eventually stumble upon the Underground Railroad, which, in real life, was a secret route of safe houses and people that helped lead slaves to freedom. In the Amazon adaptation, however, the Underground Railroad is fictionalised as an actual railroad, one that Cora and Caesar use to escape their plantations.

As iNews reports, the role of Cora is portrayed by the South African actor Thuso Mbedu who is well known outside of the UK for her performances in South African TV shows such as Is’Thunzi and Scandal!. She stars opposite Aaron Pierre, who plays Caesar in the Amazon drama and is known for previous credits including Prime Suspect, Britannia, The A Word, Krypton, and more.

Joining Mbedu and Pierre in the show’s cast are The First Wives Club’s Chase W. Dillon as Homer, Joel Edgerton as Ridgeway, Amber Gray as Gloria Valentine, American Horror Story’s Lily Rabe as Ethel Wells, and Damon Herriman as Martin, among others.

Speaking of the new series, director Barry Jenkins revealed that he very much relates to the character of Cora, telling Town & Country magazine that “Cora is me.” In the interview, he continued on to explain how the character’s journey strongly aligned with his own.

“I remember getting to the end of the book and finally learning the story of [Cora’s mother] Mabel and understanding that Cora had been on this journey... And I was like, ‘Holy s***, this is me.’ That’s when everything just clicked,” Jenkins revealed.

The Underground Railroad is available to stream on Amazon Prime Video in the UK.