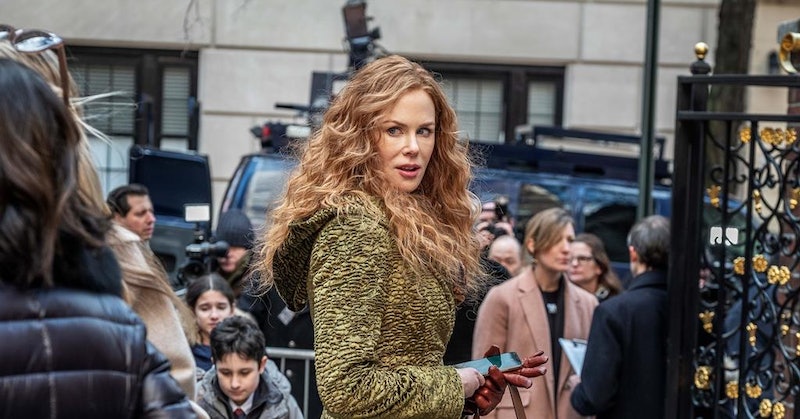 First published in 2014, Jean Hanff Korelitz's You Should Have Known centers on Grace: a therapist with a seemingly perfect life. Together with Jonathan — her handsome, successful doctor husband — Grace has built what she thinks is a loving, safe home for their young son, Henry. She's so caught up in her own perfect life that she's written a book, also titled You Should Have Known, which chastises women for not noticing their husbands' major faults before tying the knot.

Can you guess where this is going?

Grace takes a blow for her hubris after Malaga, another mother at Henry's school, is killed in a brutal act of violence. The primary suspect in the ensuing police investigation is Jonathan, whom Grace has not seen or spoken to in the last 24 hours.

Despite her husband's disappearance, Grace doesn't understand how the authorities could possibly think Jonathan would be connected to Malaga's death... until she begins digging deeper. While trying to track down her missing husband, Korelitz's heroine finds evidence of his infidelity. Worse, she learns that Jonathan lost his job at the hospital after allegations of sexual misconduct came to light.

Finally convinced that Jonathan was not the man she thought he was, Grace attempts to set up a new life for herself and Henry. For the first time ever, she connects with her in-laws, whom she has been led to believe were abusive manipulators. Instead, she finds people she's never heard of, who know Jonathan's history and have another world-shattering secret to share: Grace's husband may have killed before.

We'll let You Should Have Known's ending remain a mystery for now, but there's still plenty of time to read the original novel before you watch The Undoing on HBO.

Jean Hanff Korelitz's novel creeps onto the small screen on Oct. 25 as The Undoing. The HBO limited series comes to you from Big Little Lies screenwriter David E. Kelley and The Night Manager director Susanne Bier. Kidman and Grant will star as Grace and Jonathan, with Noah Jupe (A Quiet Place) in the role of Henry.

More like this
These 25 International Horror Movies On Netflix Prove Fear Is A Universal Language
By Bustle Editors
26 Ghost Story Podcasts To Get You Ready For Halloween
By Jessica Booth, Mia Mercado, JR Thorpe and Emma Carey
This Episode 6 Moment Foreshadows Viserys' Fate On 'House Of The Dragon'
By Grace Wehniainen
'The Distant Echo' Provides All The Clues To Solve 'Karen Pirie’s Case
By Catharina Cheung
Get Even More From Bustle — Sign Up For The Newsletter