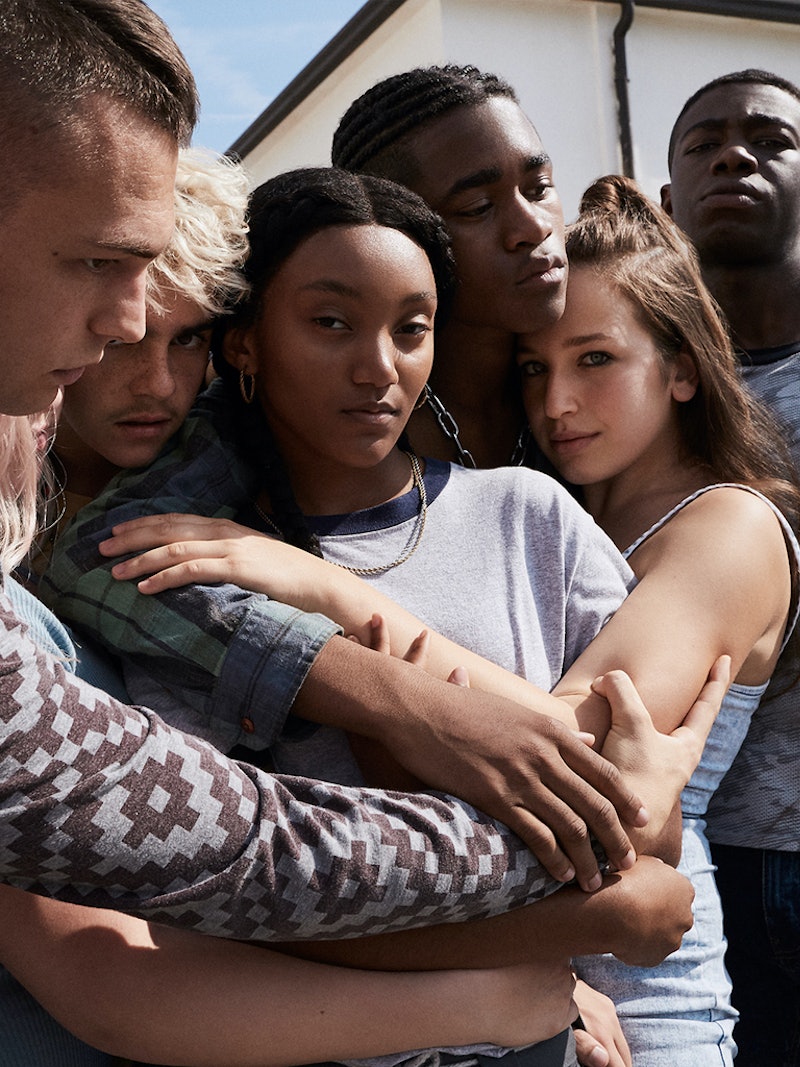 HBO's new coming-of-age drama, We Are Who We Are, has already drawn comparisons to Euphoria for its raw, turbulent portrayal of adolescence. The show, created by Call Me By Your Name's Luca Guadagnino, explores identity and friendship through Fraser and Caitlin, two American teens living on a U.S. Army base in Italy. It also similarly has a buzzy young cast, including newcomer Jordan Kristine Seamón and It's Jack Dylan Grazer.

While filming, Guadagnino relied on the two to give him input about how their characters would think, speak, and behave. "What's the point of working with actors, or performers in general, if you do not rely on them as creative forces?” Guadagnino recently explained to The New York Times. "They started to give me incredible social inspiration, and what I wanted is to feel and touch the breath of life coming from these people. All my constructions that I spent many, many months on, I threw them away in one gesture: 'No. We will follow the characters.'"

The adults in the cast might be more familiar, with Chloë Sevigny, Alice Braga, and Scott "Kid Cudi" Mescudi all starring. See the full breakdown below.

Grazer, who previously played young Eddie in It and It Chapter Two, stars as a shy, 14-year-old on the military base. Having just relocated from New York to Italy with his mothers, Fraser begins a journey of self-discovery after befriending his neighbor, Caitlin.

In her first major acting role, singer-songwriter Seamón plays the bold and confident Caitlin, who's lived on the base with her family for several years. The linchpin of her friend group, Caitlin joins with new pal Fraser as they "test the norms and endeavor to discover who they are in a changing world," per HBO

The Oscar-nominated actor portrays the new commander on base. "It's exhausting trying to be his mother and his father all at the same time," Sarah laments of Fraser to her wife Maggie in the We Are Who We Are trailer.

Sarah's wife, Maggie, is a medic in the army. She's played by Braga, a Brazilian actor who costarred with Will Smith in 2007's I Am Legend.

Grammy award-winning rapper Kid Cudi, who recently appeared in HBO's Westworld, continues to grow his acting resume as Richard, a by-the-books military man who shares a close bond with his daughter, Caitlin.

Richard's wife, Jenny, helps new families settle into the military base, but has communication issues with her daughter. Like her character, London-born stage actor Alabi is also of Nigerian descent.

The 13 Reasons Why and A.P. Bio actor plays Caitlin’s older brother, who's exploring Islam while trying to connect to his heritage. Danny is also part of the friend crew with Craig, Sam, and Britney.

After appearing in her dad Martin Scorsese's films The Aviator and The Departed as a child, Francesca plays the outgoing and outspoken Britney, who's the first to welcome Fraser to the base and into her and Caitlin's friend circle.

The Brooklyn native is a classically trained dancer and former football player who's now playing Danny's best friend and Sam's older brother, a cheerful and good-natured soldier in his 20s.

An Israeli living in Paris, Mercier made his acting debut as Yoav in the 2019 movie Synonyms. In We Are Who We Are, he plays Jonathan, Sarah’s assistant on the army base.

Pigazzi, an Italian-born former Drew University athlete, portrays a playful 18-year-old local who Caitlin spent most of her time with before Fraser arrived. Enrico also has a "soft spot" for Britney.