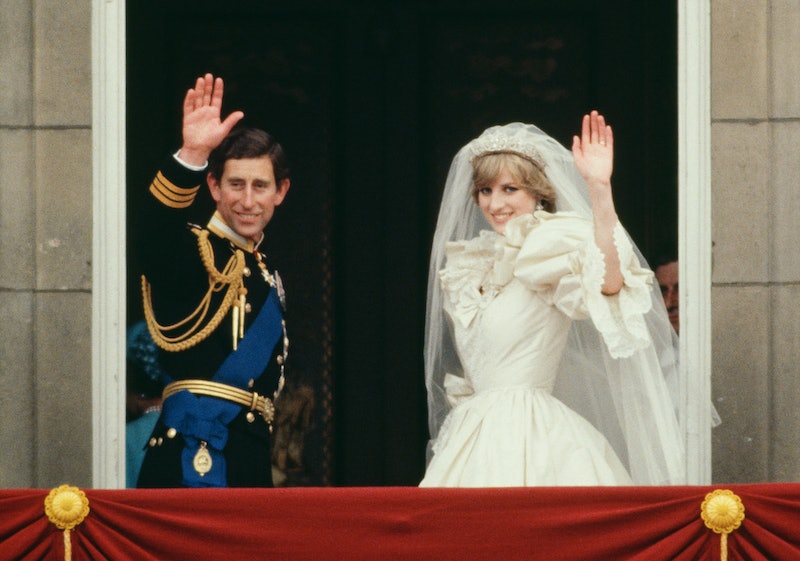 Forty years on and royal fans are still mesmerised by Prince Charles and Princess Diana’s landmark royal wedding which saw a record 750 million people in 74 countries tuned in to see the event unfold at St. Paul’s Cathedral in London. To mark the anniversary, BritBox will release a new feature-length documentary that has “lovingly” restored the footage to high-definition. The network promises that every detail “down to the creases in Diana’s iconic gown” will be seen in clearest quality thought possible. The new documentary will also feature testimony from those who worked behind the scenes. Ahead of its release, here’s everything you need to know about The Wedding of The Century.

When Will The Wedding Of The Century Air?

Thankfully, there’s not long to wait before royal fans (both at home and internationally) get to relive the “wedding of the century” (after all the event was skipped on season 4 of The Crown, sigh...). The documentary will air on Britbox on July 15, 2021, also arriving at BritBox North America on July 29, 2021.

Is There A Trailer For Wedding Of The Century?

It seems production company Touchdown Films keeping its high-definition, super-boosted royal wedding footage under wraps for now, as there’s no official trailer for the documentary. However, signs say it’ll be worth the wait, as the film also includes never-before-heard anecdotes from the big day in 1981.

Who Are The Wedding of The Century Contributors?

From the florists to the wedding cake maker, Wedding Of The Century promises a series of never-before-heard anecdotes and interviews with “key insiders” involved in planning the landmark event.

What Else Is There To Know About The Wedding Of The Century?

The makers behind The Wedding Of The Century went to a lot of trouble to restore the quality of the original wedding footage, and Touchdown Films founder and filmmaker John Osborne promises that the doc “reframes one of the most iconic days in history like never before.”

It turns out, per ITV, back in 1981, video technology couldn’t quite capture the details in all of their glory, “and all except for one media outlet captured the event on poor quality standard definition videotape.” One company filmed the event on 33mm, which, thankfully is capable of being upgraded to today’s 4K high quality. As a result, forty years later, viewers will be able to “see every detail” including the iconic moment when Princess Diana steps out of the royal wedding carriage.

The Wedding Of The Century documentary arrives shortly after Prince Harry and Prince William unveiled a statue of their late mother together, to mark what would have been her 60th birthday.

The new documentary will be a welcome experience for fans who had expected to see a portrayal of the royal wedding in the latest season of Netflix series The Crown. The hit royal drama had opted to skip the recreation, with Princess Diana actor Emma Corrin, stating “We never recreate things just for the sake of recreating them.”

More like this
Princess Diana’s Brother Shared A New Photo Connected To Her Childhood
By Darshita Goyal
Prince Harry & Meghan Markle Are Puppets Now
By Sam Ramsden
Helena Bonham Carter Doesn't Think 'The Crown' “Should Carry On"
By Sam Ramsden
The Spice Girls Are Set To Reunite At King Charles III’s Coronation
By Sam Ramsden
Get The Very Best Of Bustle/UK
Sign up for Bustle UK's twice-weekly newsletter, featuring the latest must-watch TV, moving personal stories, and expert advice on the hottest viral buys.