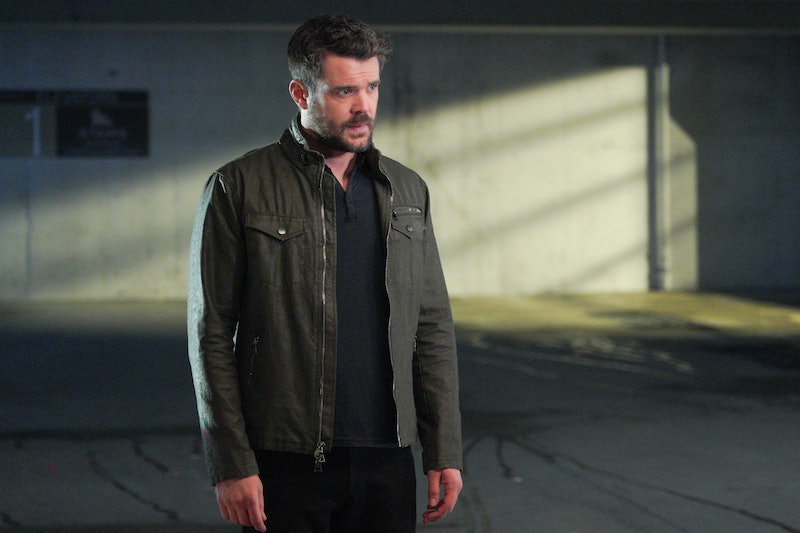 With only two episodes until the HTGAWM series finale, fans have been theorizing more than ever how the show will tie up its loose ends. We learned last week that Frank is the illegitimate son of Sam and Hannah, but will that knowledge be enough to set Annalise free. And if so, at what cost to her relationship with Frank?

And then there's the whole Wes of it all. A flash-forward hinted that he'll return at Annalise’s funeral, despite the fact that he died in Season 3. How could this possibly be explained, and will it really all culminate in Annalise’s demise? Fans have a few thoughts.

Wes Has A Twin

One way to explain how Wes is still in the picture is the tried and true "he has a twin" trope. Reddit user Kayduff thinks that Christophe isn't just Wes' birth name — he's an entirely different person. "We've gotten so many flashbacks to [Wes'] childhood but anything could've been left out. The biggest clue is why would Wes call Dominic and use his real name, Christophe, if that was the only time they spoke?" wrote GravityFallaGuy in another thread, suggesting that Christophe was working with Mr. Castillo to kill Wes, but it was actually Christophe who ended up dead.

One fan theorized in the TVLine comments that the flash-forward takes place much further in the future than any of us realize, explaining: "I don't think Wes is alive. I think Annalise dies many years in the future, and the person at the funeral is Laurel's son, Christopher, instead."

Annalise Fakes Her Own Death

If, despite the new Sam and Hannah evidence, Annalise does lose her trial, she might decide to fake her own death in order to get out of going to prison. It wouldn’t be the first time she's tried to run away from her problems — and fans just aren't convinced that she ends up dead.

When Wes appeared in the midseason finale flash-foward, HTGAWM creator Pete Nowalk hinted that Wes could have somehow been involved with Annalise's death, following up his #WhoKilledAnnalise hashtag with #WasItHim shortly after Wes made his grand return. Is he just messing with us, or could this be an actual clue?

Everyone Left Gets A Happy Ending

On the other hand, maybe the funeral flash-forward is merely a dream sequence, and Annalise will wake up to a much happier ending — proving once and for all she and everyone else truly know how to get away with murder.