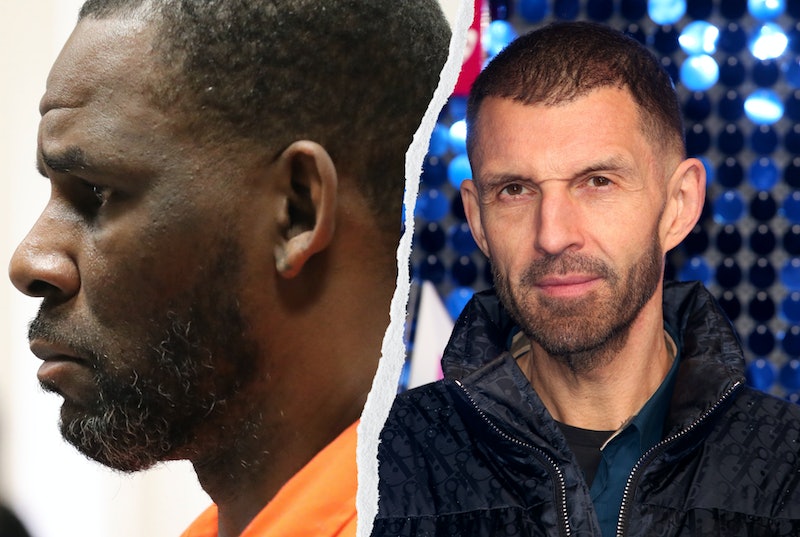 Getty Images
By Precious Adesina
May 5, 2022

In an investigation published in The Guardian and as a documentary on BBC Three on Apr. 26, seven Black women recounted their experiences of allegedly being sexually assaulted by 64-year-old Tim Westwood. The 45-minute programme titled Tim Westwood: Abuse of Power shows how the DJ reportedly took advantage of his presence within Black communities in the music industry. In it, he is labelled a “gatekeeper” who had the power to make or break (predominately Black) artists’ careers, and some of the women who spoke up mentioned that the rapper invited them to London to discuss their music before he allegedly assaulted them. On Apr. 27, Westwood reportedly stepped down from his Saturday night slot on the British hip hop radio station Capital Xtra “until further notice”, according to the station’s owner, Global.

Since Westwood’s career started four decades ago, several sexual assault and harassment allegations by young Black women proliferated alongside his notability. “In 2005, during the last year of my time at the Brit school, we went to an award ceremony and then an after-party in Leicester Square. Even then, there was this idea that, if Tim Westwood is there, you have to be careful,” says Black-British actress Kelechi Okafor. “I remember being in a club with friends and asking him, ‘are you Westwood?’” a 39-year-old woman in the tech industry who wishes to remain anonymous tells Bustle of her interaction with him in her younger years. “He just grabbed me and kissed me. I was so embarrassed.”

The recent investigation comes three years after Surviving R. Kelly, a Lifetime documentary, which detailed sexual abuse allegations (again towards predominately Black women) against American singer R. Kelly. It’s also four years after the closure of the London-based Radar Radio in 2018, after allegations of the mistreatment of Black women at the station came to light. But beyond sexual assault alone, what the Westwood documentary brings to the fore is how the music industry consistently fails Black women in many aspects of their careers and personal life, which as a result, makes it harder for them to come forward when issues such as these arise.

Most notably, systematic racism in the industry makes it difficult for Black women to develop within their profession. “Black women do not have the same opportunities to work their way up in the music industry,” says Charisse Beaumont, founder of Black Lives in Music (BLiM), a non-profit organisation which addresses inequalities in the jazz and classical music industry.

A report by BLiM released in September last year showed that structural racism in the music industry affected Black women monetarily and meant they had to grapple with stereotypes and racial profiling, which inevitably took a toll on artists’ mental health. The report showed that 70% of Black female music creators felt they needed to change something about themselves (whether that was their appearance or their personality) to get ahead and be accepted by the industry. Additionally, only 19% of Black female creators earned all of their income from music compared to 40% of white female music creators. This means Black women often have to take up extra jobs to support themselves rather than focussing on their passion. Alongside this, almost half of Black women say their mental wellbeing has significantly worsened since starting their career in the music industry.

“When anyone asks [whether these statistics] were surprising, I say no because we already knew this, but what does stick out is the degree to which Black women are at a disadvantage,” Beaumont adds.

People in the music industry also report that labels and companies frequently have a “one in one out” approach toward Black women. According to John Shortell​, Head of Equality, Diversity & Inclusion at the Musicians' Union, a trade union representing musicians working in the UK across all sectors of the music business, when the topic of diversity is brought up, companies often dismiss it by declaring “we've got a Black artist or someone Black in the organisation,” he says.

“For every 20 rock bands, white bands, single white girls and everything else, there is one Black person,” Beaumont adds. But in some corners of the music industry, the norm is hiring a white person—or a light-skinned or racially ambiguous Black woman—with a similar style to those associated with Black people. “They would rather use [someone they consider to be] more palatable to create Black music,“ Beaumont explains. In other cases, they simply only use a Black woman's voice. “Black women specifically are being used to sing on tracks, and if they're not considered sexy enough, they just use a voice, but not the image,” Shortell​ says. He also points out that this is common in house music, where Black vocalists are regularly used without clear identification.

“I’m a darker mixed-race girl, so I haven’t had the stereotypical mixed-race look that is fashionable for the industry to use. Lighter mixed race girls are more marketable,” singer Kelli-Leigh told Mixmag in 2020. She is best known for being the uncredited vocalist in "I Got U" by Duke Dumont featuring Jax Jones, which topped the charts when it was released in 2014. “It is deeply frustrating and sad that mainly men have been making money from the songs that feature our soulful voices. They can buy their houses; I can’t buy mine! How many hits do I have to sing before I am appreciated for what I have brought to the UK music scene?” she added.

But sadly, for those whose images do make it onto album covers, it doesn’t get easier. These Black women then face the difficulty of how the industry perceives them. In January, indie artist Rachel Chinouriri posted on social media about her frustrations with being typecast. “When I was 18, I started putting pictures of myself [on] my music artwork, and sometimes I regret ever doing that. Before then, it was always ‘indie’ or ‘alternative’ or even ‘electronic’. Then it became… ‘You sound like a white girl,’ ‘I can hear influences of soul,’ ‘This is kind of RnB,’” the artist wrote on Instagram. “In my early days, to be put into genres I never grew up listening to was so bizarre to me, then it clicked it was because of my skin.”

According to Beaumont, Chinouriri’s experience is typical and even happens within religious parts of the industry. “There are different genres in the Christian music world,” she says. Contemporary Christian music is often noted as folk, gospel, pop, and rock music and gospel music is usually associated with Black communities. “You could have a guitar with 20 white guys behind you and sound like the whitest [person]. The moment they see the colour of your skin, you’re gospel.”

In an 2021 interview, singer Aluna Francis from the musical duo AlunaGeorge remarked on the cover of their debut album Body Music, released in 2013. “It ended up looking like me being a sexy girl on the cover of an R&B record,” she told independent media publication gal-dem. In the interview, Aluna deduces that she was channelling internalised ideas of how Black women should present themselves. “Black women are oversexualised because they’re expected to perform a certain role, and there's a lot of racist tropes that go with that,” Shortell​ says. “A lot of people don't understand why that's problematic.”

“Black women are oversexualised because they’re expected to perform a certain role, and there's a lot of racist tropes that go with that”

Kelechi believes some of the stereotypes associated with Black women in music are because of hip hop culture, where “the Black female body is hypersexualised.”

“[Black] female artists know that they have to present in a hyper-feminine way to gain notoriety, but at the same time, people read that as these women are sexually available,” she says, adding that this then circles back to how people treat Black women. “By trying to fulfil the tenets of what would allow them access into an industry, they also make themselves more susceptible to being harassed and assaulted.”

Shortell adds that research has shown that “Black women will [commonly] experience sexual harassment bound up with racism.” He notes that he was disappointed to see people question whether race had anything to do with the allegations against Westwood, despite all the women being Black. “Racism enables such abuse to happen in the first place.”

But, because of all the hurdles Black women have to jump through in the music industry, stories like Westwood’s can easily remain dormant for years or even decades as the stakes may seem too high for those abused. Shortell​ says that chances are Black women who report incidents such as those now associated with Westwood will receive some level of blame and even end up with less work. “We constantly see that anyone who reports discrimination or sexual harassment suddenly becomes the problem rather than the perpetrator.”

With Black female musicians already considerably underpaid in comparison to their white counterparts, complaining could be the difference between them being able to support their families or not. “Most [Black] women work freelance, so they’re in different workplaces maybe just for one day or a couple of hours,” Shortell says. “They know that maintaining those relationships is key to making a living and surviving as an artist.”

But, even with clear stats and multiple reports of misconduct, companies still find it difficult to accept the idea that there is any bias in their organisations. “I've been in rooms with all white people, and I've had to talk about racism on behalf of our members,” Shortell says​. “Generally, you'll get a reaction like ‘that couldn't possibly be my workplace because we are not racist.’”

Bustle has contacted Tim Westwood for a comment, but has not yet responded at the time of publication.

If you have experienced sexual violence of any kind, please visit Rape Crisis or call 0808 802 9999.