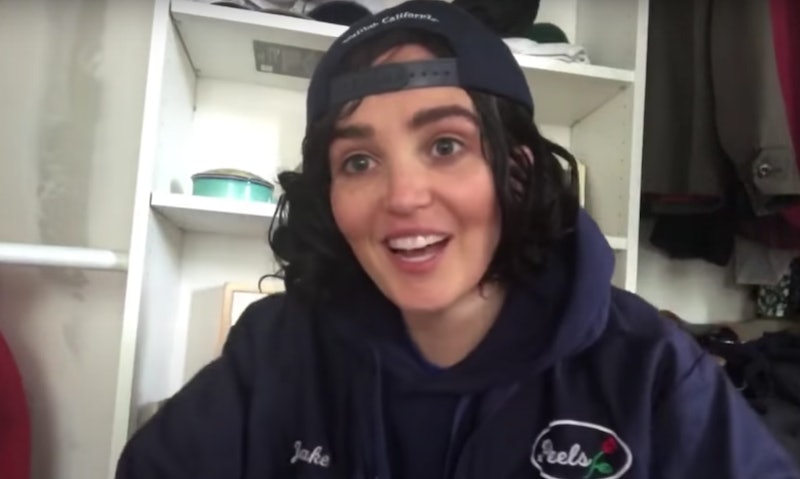 When it was first announced that Timothée Chalamet was hosting SNL, pretty much everyone agreed that Chloe Fineman had to perform her lauded Timmy impression in front of the actor. And, as luck would have it, that's exactly what happened. But what fans weren't expecting was for Chalamet to also play Harry Styles in the same sketch. Hey, 2020 isn't so bad after all.

The sketch was built around a Dionne Warwick talk show, which played up the legendary singer's recent adventures on Twitter, where she has asked puzzling questions of other celebrities. In the sketch, Warwick (Ego Nwodim) did the same of her guests, but in person. Her first guest was Harry Styles, played by Chalamet, who showed off a bit of an English accent while shyly telling Warwick that people think his song "Watermelon Sugar" is about oral sex. Warwick's next celebrity guest was Billie Eilish (Melissa Villaseñor) — or, as Warwick called her, "William Eyelash" — who had to endure a series of questions about other singers. Then came the moment everyone was waiting for, as Warwick brought out Chalamet as her next guest. Of course, it was Fineman who entered, and she commenced doing her giggle-happy, hand-waving, "naw, naw, naw" impression that earned her a new level of fame earlier this year. One has to imagine that Timmy was just off stage giggling for real. The sketch then closed out with Pete Davidson as Machine Gun Kelly, who Warwick thought had arrived to kill her.

Unfortunately, Chloe Fineman and Timothée Chalamet didn't actually interact in the sketch, so we'll have to wait until the next time Chalamet hosts for that. Still, seeing the fake Timmy in such close proximity to the real deal in Chalamet's first SNL hosting gig was just the thing fans needed to close out 2020 on a high note.