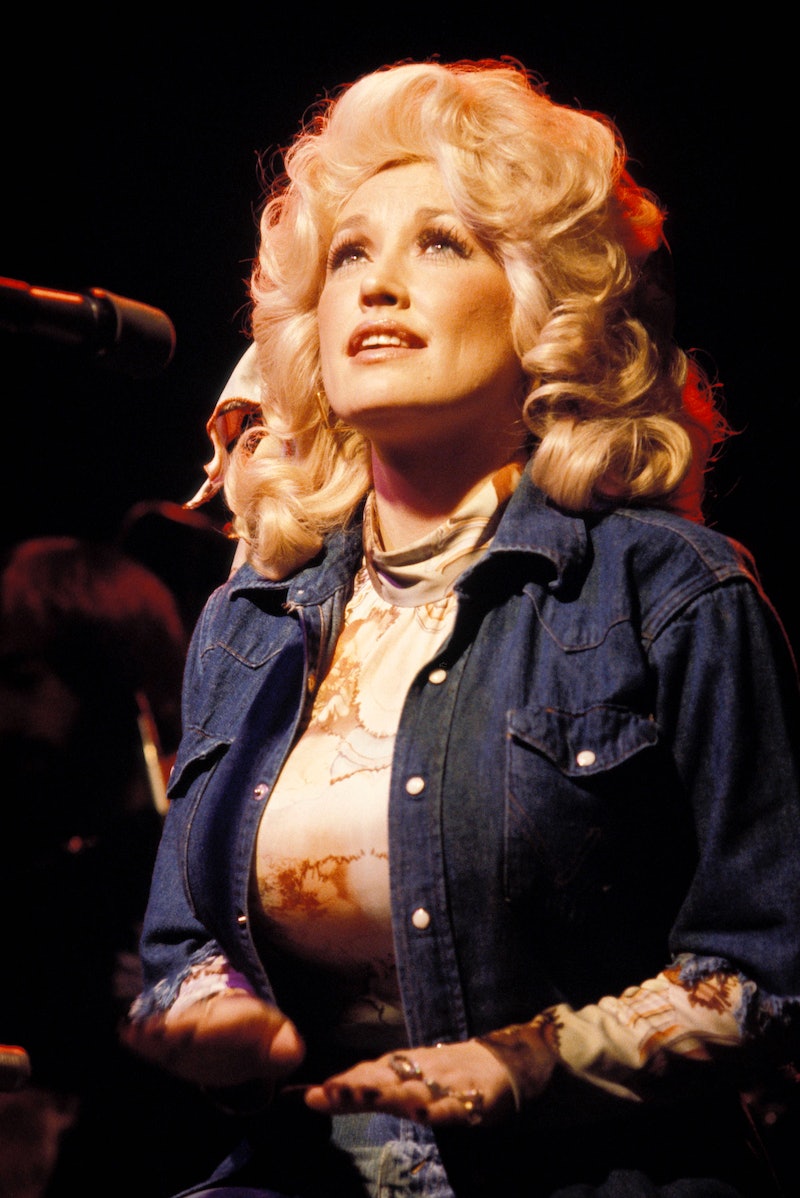 Here she comes again... just when we were about to get ourselves together. After donating $1 million to help fund COVID-19 research at Vanderbilt University, founding Dolly Parton's Imagination Library, and penning the best shower songs of all-time (hello, "Jolene" and "9 to 5"), Dolly Parton is declining a statue in her honor at the Tennessee Capitol. The country music legend made her stance on the matter clear, captioning her Twitter statement with a singular heart emoji on Feb. 18.

"I want to thank the Tennessee legislature for their consideration of a bill to erect a statue of me on the Capitol grounds," Parton, 75, wrote. "I am honored and humbled by their intention but I have asked the leaders of the state legislature to remove the bill from any and all consideration." The singer went on to say that considering the current societal climate, "I don't think putting me on a pedestal is appropriate at this time." Ever the queen of southern hospitality, Parton maintained that she would "stand proud in our great State Capitol as a grateful Tennessean" if the monument was erected "somewhere down the road...or perhaps after I'm gone if you still feel I deserve it." (Spoiler alert: we will.)

Democratic Rep. John Windle introduced a bill for the Dolly likeness in January. The legislation would produce a "Dolly Parton fund" for the State Capitol Commission, the group tasked with designing the statue and deciding its location. According to a CNN report, the figure would've likely replaced Confederate statues in the area.

This isn't Parton's first time turning down an accolade of some kind. Earlier this month, the Tennessee native revealed that she turned down the Presidential Medal of Freedom from Trump twice during his single-term presidency. Parton side-stepped politics when asked about her refusal on the TODAY show. "I couldn't accept it because my husband was ill, and then they asked me again about it, and I wouldn't travel because of the COVID," she explained in an interview on Feb. 1. When asked about accepting one from President Joe Biden, Parton offered, "Now I feel like if I take it, I'll be doing politics, so I'm not sure."

Whether Dolly intended or not, her statement asking for no special treatment had the opposite effect on Twitter. Shortly after she politely declined a statue of herself at the Capitol, several took to social media with praise for Parton. Some even argued that the artist's very rejection of an honorary monument is why she deserves one in the first place.

For now, fans can visit an existing statue of Parton that resides in downtown Sevierville, Tennessee, the Grammy winner's birthplace. Otherwise, the world will have to settle for lighting their Dolly worship candles and whispering the hymns of "I Will Always Love You" in the privacy of their own homes or online.