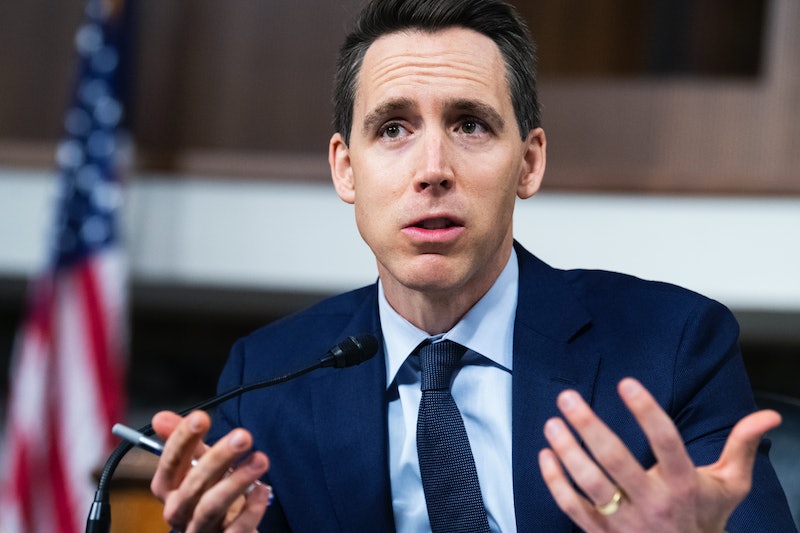 Sen. Josh Hawley (R-MO) will face material consequences for casting doubt on the legitimacy of Joe Biden's election. Simon & Schuster will not publish his forthcoming book, The Tyranny of Big Tech, and the tweets and memes responding to Hawley's canceled book deal do not sympathize with the politician.

Hours after the Jan. 6 riot in the U.S. Capitol, Simon & Schuster issued a statement, saying that it could not "support Senator Hawley after his role in what became a dangerous threat to our democracy and freedom." According to the Kansas City Star, Hawley gave pro-Trump insurrectionists "a thumbs up, a fist pump and waves" as he made his way into the Capitol Building, and he continued to support challenges to Biden's electoral college victories in the wake of the riot. He released his own statement, calling the publisher's decision "a direct assault on the First Amendment" that "could not be more Orwellian."

Twitter gave Hawley a few hard lessons in civics, history, and literature, on top of a good, old-fashioned roasting. Here are the best tweets and memes responding to the senator's canceled book deal: