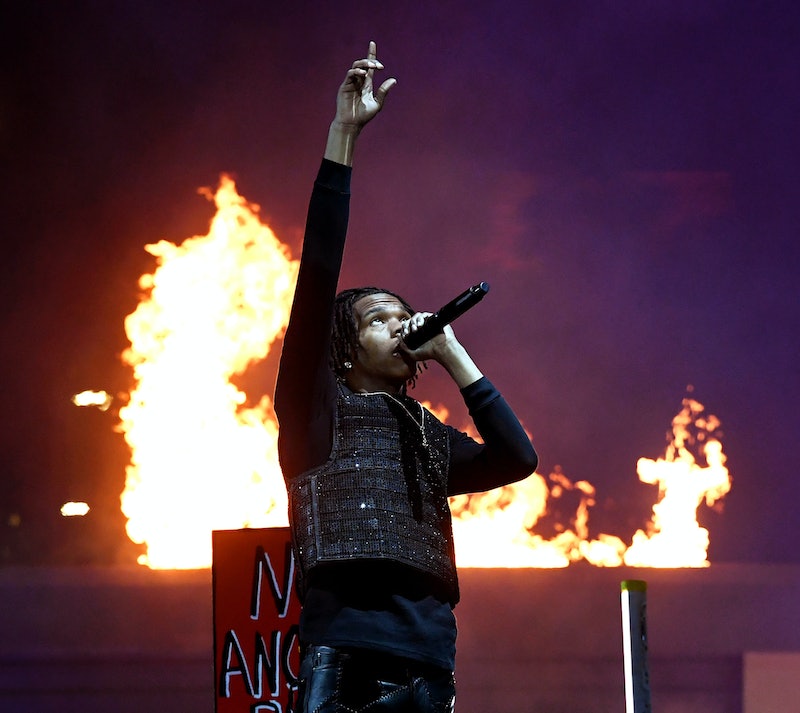 Lil Baby released “The Bigger Picture” as a response to racism and police brutality, as the artist previously told NPR, and his Grammys performance of the song followed suit thematically. His March 14 performance featured imagery of police brutality and protests reminiscent of those that occurred across the country during the summer of 2020. Following the powerful display, viewers took to Twitter to share their varying reactions to the subject matter.

Some viewers noted the performance’s timely importance, echoing Lil Baby’s own views toward the song, which was nominated for Best Rap Performance and Best Rap Song. As he told NPR, “I'm definitely proud of it ... it's working in a good way for me and for my people.” Writer and comedian Akilah Hughes praised the set, writing, “Lil Baby is going hard af and I’m here for it,” as another Twitter user wrote, “The bigger picture' by Lil baby was such a meaningful performance.” One account also noted how the performance provided a commentary on the current administration.

However, despite the meaning behind the performance, some viewers had a mixed reaction to the use of familiar, violent motifs in the Grammys performance. One Twitter user expressed, “The message lil baby gave was good ofc but can i enjoy one award show without having to think about black death i’m so tired.”

Despite the varied reactions, though, it seemed that viewers could agree on the gravity of Lil Baby’s lyrics and the message behind them.

Meanwhile, others detailed their hopes that they might see one of Lil Baby’s bigger songs on the national stage.

Regardless of the reactions to his performance, Lil Baby ended the night on a positive note. He tweeted about a special moment he shared with another musical icon in attendance: Jay-Z.