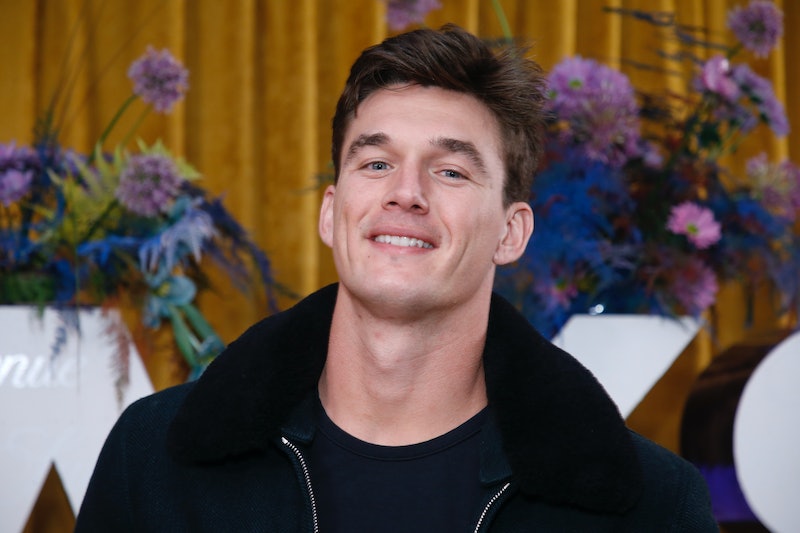 He may no longer be vying for Hannah Brown's heart, but that isn't stopping Tyler Cameron from reflecting on his time on The Bachelorette in his brand new YouTube channel, which launched on Tuesday, Aug. 11. The videos are meant to give fans a deeper, more authentic look into the reality star's life, which means he's ready and willing to spill all the tea about everything, including his time as a Bachelorette contestant. The reality series was mentioned several times throughout the course of his first video — “Ten Minutes with Tyler Cameron” — but the most noteworthy moment came when Tyler recalled the most terrifying thing he's ever done, and yes, it involves his relationship with Hannah B.

“Picked out an engagement ring,” he responded, referring to his time on The Bachelorette. As one of the final two men on Hannah B.'s season, both he and Jed Wyatt met with Neil Lane to select an engagement ring that they would use to propose to Hannah with later on in the finale. Hannah ended up choosing to be with Jed by the end of the season, much to many fans' dismay, though the two of them split up shortly thereafter when she learned that Jed was still dating someone when he signed up to be on the show.

Hannah and Tyler briefly reunited during the After the Final Rose special, and while the Bachelor rumor mill has worked double-time to try and deduce the nature of their relationship, they appear to just be friends, having even quarantined together at the start of the pandemic.

That wasn't the only time Tyler brought up the subject of his ex in the video, though. When asked “What is the craziest thing that happened on your season of The Bachelorette?” the Florida native instantly recalled the epic moment when Hannah put Luke Parker in his place during the Final Four rose ceremony. “When Hannah Brown moved the roses in front of Luke, that was epic,” he said, referring to when she picked the podium up and moved it past Luke P. when he refused to leave the show. It was a true highlight of the season and one that left a lasting impression on fans, and apparently, Tyler.

Along with everything else, Tyler also provided a few words of advice when it comes to joining a reality TV show. “Don’t do it. No, I’m kidding,” he quipped, before throwing some shade at former contestant Cam Ayala. “Just don’t be Cam.” Or Luke P. for that matter.