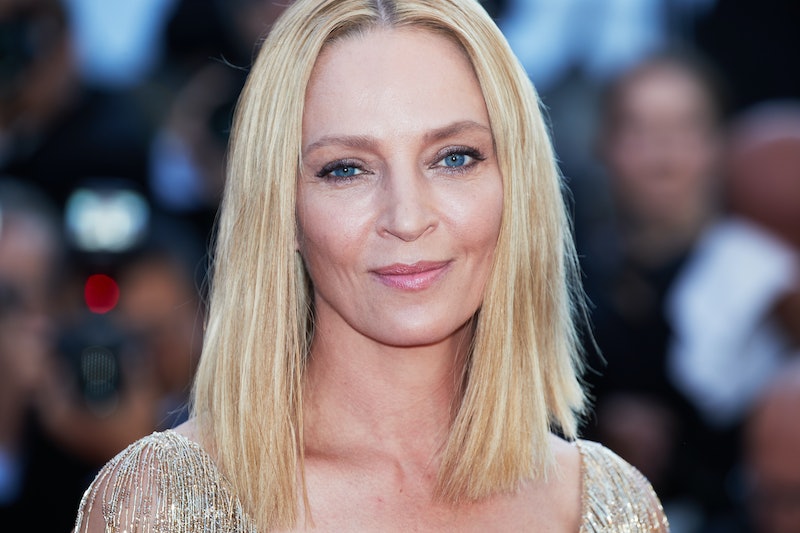 Earlier this month, Texas passed one of the most restrictive abortion laws in the country. The law bans abortions after six weeks of pregnancy — before many women even know that they are pregnant — and allows private citizens to sue abortion providers and anyone else who helps a woman obtain an abortion. Actor Uma Thurman was among the millions of Americans who were horrified upon learning that the United States Supreme Court refused to block the law, and in a new op-ed for the Washington Post, the 51-year-old actor shared her “darkest secret” with the world: that she, too, once needed an abortion.

“In my late teens, I was accidentally impregnated by a much older man,” Thurman wrote. At the time, the Kill Bill star said that she was “living out of a suitcase in Europe” and about to start a new job. Despite wanting to keep the baby and live out her “childish fantasy of motherhood,” a serious conversation with her parents served as a stark reminder that she was in over her head. “They asked me about the status of my relationship — it was not viable — and warned me how difficult it would be to raise a baby as a teen on my own.”

The reality was that Thurman was not in a position to provide a stable home for herself, much less a child. “We decided as a family that I couldn’t go through with the pregnancy, and agreed that termination was the right choice,” she wrote. “My heart was broken nonetheless.” After making her final decision, a friend in Cologne connected her with a doctor that would perform the procedure. “It hurt terribly, but I didn’t complain,” she recalled. “I had internalized so much shame that I felt I deserved the pain.”

Elsewhere in the essay, the Pulp Fiction star wrote that getting an abortion was her “darkest secret until now.” “I am 51 years old, and I am sharing it with you from the home where I have raised my three children, who are my pride and joy,” she wrote, adding that she’s had an “extraordinary” life, which was in no small part shaped by heartbreak and loss. “I conceived my beautiful, magical children with men whom I loved and trusted enough to dare to bring a child into this world,” she wrote. “I have no regrets for the path I have traveled.”

Although Thurman made the right decision for herself, she knows that each woman’s situation is unique. “I applaud and support women who make a different choice,” she continued. “The abortion I had as a teenager was the hardest decision of my life, one that caused me anguish then and that saddens me even now.” But for her, the decision to terminate that pregnancy, though difficult, gave her more time to grow into the kind of mother she wanted to be. “I can assure you that no one finds herself on that table on purpose,” she wrote.

Thurman went on to slam Texas’ abortion law as a “staging ground for a human rights crisis for American women,” calling it a “discriminatory tool” against those who are economically disadvantaged. “I am grief-stricken, as well, that the law pits citizen against citizen, creating new vigilantes who will prey on these disadvantaged women, denying them the choice not to have children they are not equipped to care for, or extinguishing their hopes for the future family they might choose,” she wrote.

The Batman & Robin actor closed out her emotional op-ed with a message to the women whom this new law will directly impact: “To all of you — to women and girls of Texas, afraid of being traumatized and hounded by predatory bounty hunters; to all women outraged by having our bodies’ rights taken by the state; and to all of you who are made vulnerable and subjected to shame because you have a uterus — I say: I see you. Have courage. You are beautiful. You remind me of my daughters.”

More like this
Here’s How Lizzo Is Supporting Abortion Rights After The Roe v. Wade Reversal
By Brad Witter
Anne Hathaway’s ‘The Devil Wears Prada’ Anniversary Post Turned Political
By Brad Witter
Demi Lovato, Jessica Chastain & More Stars Celebrated The 4th Of July By Protesting
By Jake Viswanath
Olivia Rodrigo’s Song Dedication To 5 SCOTUS Justices Sent A Strong Message
By Grace Wehniainen
Get Even More From Bustle — Sign Up For The Newsletter