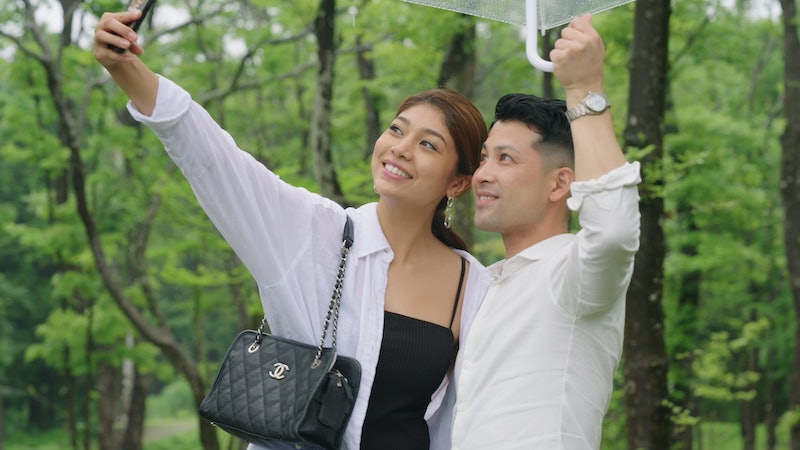 The first batch of Love is Blind: Japan episodes ended with a whopping eight couples engaged. But since heading on vacation to see how their connections translate outside of the pods, the pairs have been hitting speed bumps left and right. This includes Priya and Mizuki, who conclude the second batch of episodes in a rocky place. So are they still together now? Here’s what to know.

A 28-year-old entrepreneur, Priya came onto the show as an ambitious and progressive woman eager to find love but dubious of potentially having to slow down her propulsive lifestyle. She ended up forming several connections: though she initially had eyes for Wataru, she ultimately fell for Mizuki.

Mizuki, a 29-year-old restauranteur, was slow to establish a relationship with Priya. But their casual rapport eventually grew into something much deeper, and the bonded over their shared entrepreneurship and ambition.

Are Priya & Mizuki Still Together?

Mizuki was clear that he didn’t want a housewife, but someone who could match his drive and push him to be better. Priya was more than happy to check that box for him as a young woman focussed on expanding her career and her horizons.

In the pods, they both had trouble lowering their guards and being truly vulnerable with each other. However, Mizuki maintained that he felt their relationship was still worth fighting for. “From the moment we met, I’ve deeply admired you,” Mizuki told Priya as he proposed. “I truly respect you. I think that with you, Priya, I can overcome anything. Will you marry me?”

That might’ve been where their relationship peaked. During the two’s double date with Misaki and Kaoru, Priya found Mizuki to be pretentious. This snowballed into anxieties that he wouldn’t be able to make her happy longterm. It’s unclear if the two were able to work through their mounting issues, but they don’t follow each other on Instagram, which doesn’t bode well for the fate of their relationship.

Priya has, however, posted a bit about her Love is Blind experience on Instagram. She recently shared a tribute post to Kaoru, who she befriended in the pods. “Love is Blind : Friendship closes its eyes. I love you my amazing beautiful friend.” She also posted a photo of a journal she used during filming, captioned in part, “My secret Love is Blind notebook where I wrote in advance all the questions I wanted to ask my date and also I carried a letter Mizuki wrote to me which really moved my heart in the pods.” She further noted that not everything that happened on the show made it to final air, but it’s unclear if she was referring to her relationship with Mizuki or just the filming process in general.