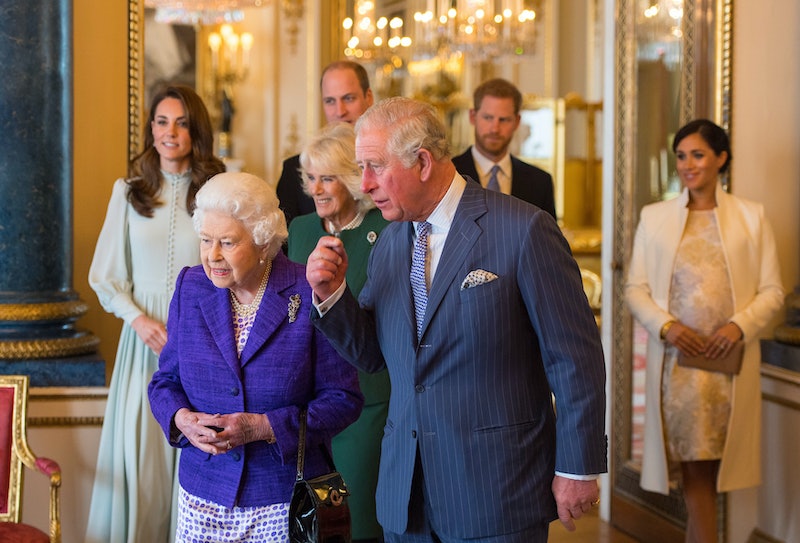 Following Prince Harry’s candid interview with Oprah Winfrey, he has continued to pull back the curtain on the inner workings of the royal family. Harry and Oprah teamed up again for Apple TV’s The Me You Can’t See mental health docuseries, and the Duke of Sussex opened up even more about the rift between him and his royal relatives, explaining, for example, that he felt “ashamed” to go to them with his own struggles, knowing they wouldn’t give him the help he needed. Although the family has yet to publicly comment, palace insiders have revealed how the royals feel about Harry’s The Me You Can’t See claims.

As expected, his father, Prince Charles, for one, is reportedly none too pleased. “Charles is boiling with anger and feels tortured by Harry with his constant digs. He wishes he’d just let it drop,” a source recently told Us Weekly. “The general consensus within the royal family is to ignore Harry’s behavior, to avoid fanning the flames, but Charles is finding it hard to hold back. He really wants to defend himself.”

One of the topics Harry discussed in the docuseries is how he felt “trapped” in the royal family and wanted to break the cycle of suffering in silence for his and wife Meghan Markle’s 2-year-old son, Archie, and the baby girl they’re expecting this summer. “My father used to say to ... both William and I, ‘Well, it was like that for me. So it’s going to be like that for you,’” he shared. “That doesn’t make sense — just because you suffered it doesn’t mean that your kids have to suffer. In fact, quite the opposite. If you suffered, do everything you can to make sure that whatever experiences, negative experiences that you had, you can make it right for your kids.”

Meanwhile, royal expert Nick Bullen shared separately with Us Weekly that Prince William “is very shocked by the amount of things that his brother has said over the last few weeks.” Bullen’s intel is not necessarily related specifically to The Me You Can’t See; in addition to sitting down with Oprah for CBS, Harry also gave a revealing May 13 interview on Dax Shepard’s Armchair Expert podcast, during which he compared growing up in the royal family to “living in a zoo.” Bullen told the magazine that though the brothers appeared to be on better terms at late grandfather Prince Philip’s April funeral, they “are not talking at the moment.”

Following that interview, a source told the magazine that Queen Elizabeth II was “unimpressed” by Harry’s podcast comments, which she reportedly found hurtful. “It hasn’t done their relationship any favors,” the insider claimed, adding that Charles and William were “livid too.”

As Harry shared in The Me You Can’t See, however, healing is possible when you stop avoiding difficult conversations: “One of the biggest lessons I’ve ever learned in life is you’ve sometimes got to go back and to deal with really uncomfortable situations and to be able to process it in order to be able to heal. For me, therapy has equipped me to be able to take on anything.”