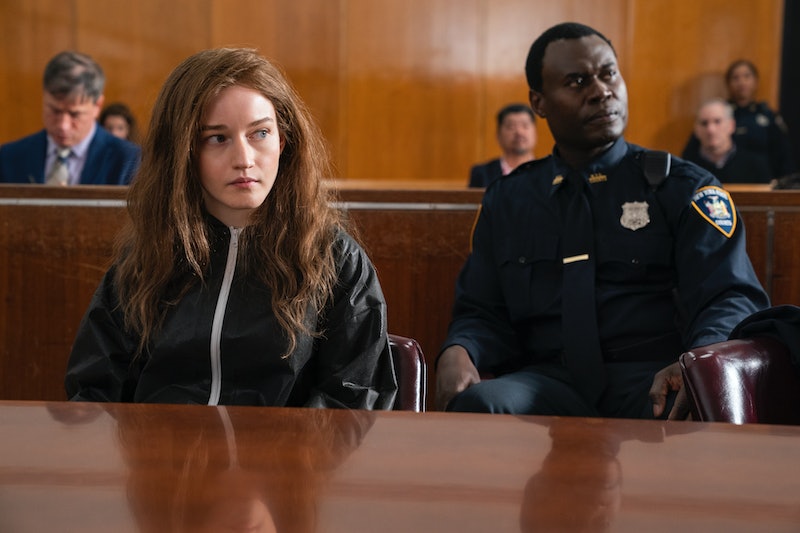 Anna Sorokin hasn’t seen Inventing Anna, and she doesn’t plan to watch it. It’s not that she doesn’t approve: Netflix paid her $320,000 for the rights to her life story in order to make the miniseries, which is based on her life and legal troubles. She also met with creator Shonda Rimes and Julia Garner — the actor who plays her in the show — while she was in prison. But as she explained in a recent essay for Insider, she’s felt sidelined throughout the process.

“Nearly four years in the making and hours of phone conversations and visits later, the show is based on my story and told from a journalist's perspective,” Sorokin writes. “And while I'm curious to see how they interpreted all the research and materials provided, I can't help but feel like an afterthought.”

Sorokin is currently detained at an ICE detention center in Orange County, New York, where she’s been in immigration limbo since March 2021. The previous month, she was released from prison, where she spent nearly four years after being convicted on multiple charges of grand larceny. She details several problems she has with the ICE facility in her essay — slyly titled piece “Erasing Anna” — adding that, “Nothing about seeing a fictionalized version of myself in this criminal-insane-asylum setting sounds appealing to me.”

But having to relive her darkest moments isn’t the only issue Sorokin takes with Inventing Anna, which dramatizes the five years she spent living in New York City presenting herself as a flush German heiress named Anna Delvey. She has some experience seeing her story retold for a television audience. For instance, she hated watching the 20/20 segment dedicated to her trial, which she also watched from confinement. She isn’t looking forward to a repeat experience. “I just don't want to be trapped with these people dissecting my character,” she writes.

When Inventing Anna was announced in 2018, Sorokin hoped she would have “moved on” from her legal troubles by its release. She envisioned the series as a kind of personal time capsule, “a conclusion of sorts summing up and closing of a long chapter.” But only if the story was told from her perspective. Inventing Anna is based in part on a New York magazine feature about Sorokin’s downfall by the same journalist who wrote the magazine story that inspired the movie Hustlers. Like in Hustlers, a journalist character becomes the lens through which we enter Sorokin’s world, which Sorokin objects to.

Elsewhere in the essay, Sorokin gamely acknowledges that she’s an “unreliable narrator” and has “made some questionable choices,” though she has insisted her intention was not to scam New York’s elite and that she simply had a business plan that fell apart. Nonetheless, she feels she was owed some agency in the way Inventing Anna portrayed her, concluding: “Will I forever be stuck in a past not entirely of my creation without getting a chance to move on?”