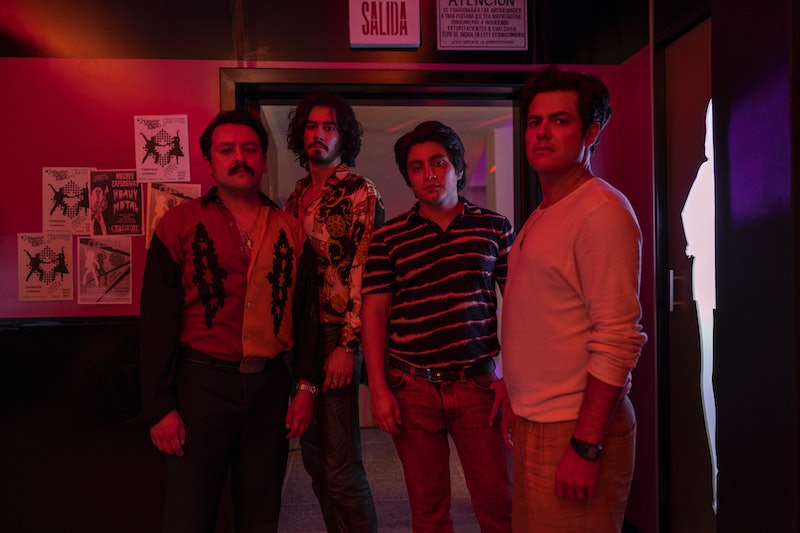 The third and final season of Narcos: Mexico chronicles the emergence of several new cartels in the wake of Félix Gallardo's 1989 arrest. One such cartel that rose to prominence was the Tijuana Cartel, which was passed down to Gallardo’s nieces and nephews and run primarily by Benjamín and Ramón Arellano Félix.

A violent, powerful, and feared organization, the Tijuana Cartel waged a bloody war against El Chapo and the Sinaloa Cartel throughout the 1990s, making national headlines when a Roman Catholic cardinal was shot and killed during a shootout in 1993. El Chapo was arrested shortly afterward, and the Tijuana Cartel began dominating the drug trafficking scene in the area.

Since then, most of the family’s male leaders have either been arrested or killed. The cartel is now a much smaller organization reportedly run by Enedina, one of four sisters in the family. Here’s everything to know about the brother’s fates.

The oldest of the Arellano Félix brothers, Rafael was in charge of coordinating the buying, selling, and movements of narcotics on behalf of the cartel, per PBS Frontline. He was first arrested on Aug. 7, 1980 in San Diego after selling drugs to an undercover U.S. agent. He was arrested again on Dec. 4, 1993 in conjunction with the murder of the cardinal. On Oct. 20, 2013, Rafael was at his beachfront home in Los Cabos when a gunman dressed as a clown shot him to death, per ABC News. He died at 63 years old.

The second oldest of the brothers, Benjamín is alleged to have been the leader of the cartel. According to a 2003 U.S. indictment, he oversaw the torturing and killing of rival gangs and decided where and how to smuggle cocaine into the United States. "He was the top of the chain," former federal prosecutor John Kirby told NBC News. "The brothers were at the top, and he was at the very top. He had the final say ... He was like the CEO of the operation."

It’s alleged that the cartel began to lose influence after Benjamín was arrested in 2002 in Mexico. He was sentenced in 2007 to 22 years in prison for drug trafficking and organized crime charges. Four years later, he was extradited to the U.S. and sentenced to 25 years in prison. Even if he’s released early for good behavior, he will still have to serve out the remainder of the sentence he received in Mexico.

Per El Universal, Carlos is a surgeon but has been suspected of money laundering for real estate, nightclubs, and construction companies. While PBS Frontline says his role in the cartel was reportedly to coordinate the smuggling of narcotics, he is not currently wanted in the United States.

Known by the alias of "The Doctor,” Eduardo was arrested in 2008, extradited to the U.S. in 2012, and sentenced in 2013 to 15 years in prison for money laundering and organized crime, per El Universal. He was released on Aug. 23, 2021, but was immediately re-arrested at the Mexican border. Despite being in charge of just the cartel’s finances, a San Diego judge told Eduardo in 2013 that he should be “ashamed” of ignoring the “terrible effects” the cartel had on Mexico.

While Benjamín was considered the leader of the cartel, Ramón was often described as the enforcer. He was known as the most violent of the Arellano Félix brothers and was in charge of killing government officials, judges, members of law enforcement, and even children. Per The Guardian, Benjamín famously enlisted the sons of Tijuana's wealthiest families to do his bidding and dubbed them the “Narco Juniors” — a detail that’s depicted in Narcos: Mexico Season 3. Per El Universal, Ramón died on Feb. 10, 2002 after he was shot during a confrontation with police.

Per PBS, it’s assumed that Luis Fernando Arellano-Felix oversees the small family-owned businesses that allegedly launder money for the Tijuana Cartel. However, Luis keeps a low profile and is not currently wanted in the United States. (He’s not to be confused with Luis Fernando Sánchez Arellano, Enendina’s son who was arrested in 2014, leading her to take over operations of the cartel.)

According to PBS, Javier was in charge of the cartel’s finances alongside Eduardo. Per the FBI website, he was arrested in 2006 and is serving a life term in a U.S. prison.