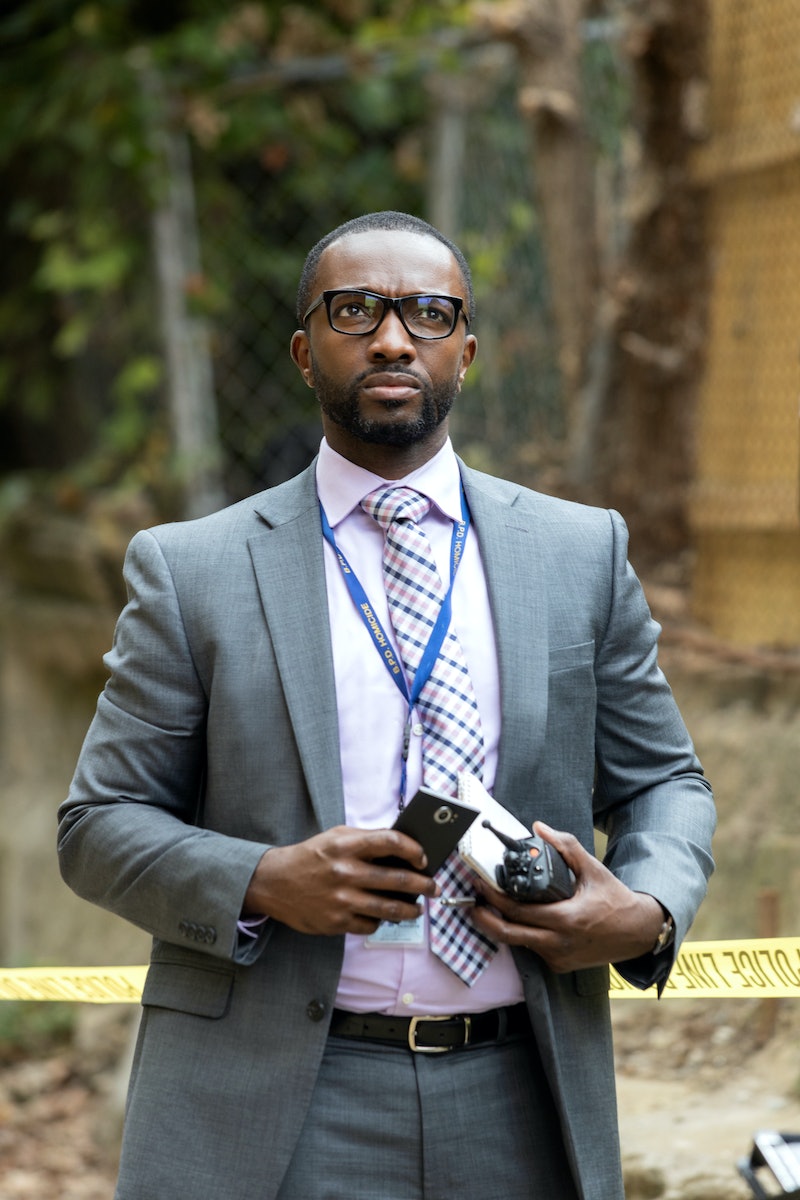 Photograph by Paul Schiraldi/HBO
By Kadin Burnett
May 9, 2022

We Own This City is HBO Max’s attempt at telling one of the most troubling scandals in American policing. The miniseries fictionalizes the true story of the Gun Trace Task Force, a special unit of police officers in Baltimore. The team was originally intended to patrol the streets and rid communities of illegal drugs and firearms. Instead, the team ruled the streets with bribery and strong-arming, opting to steal guns and narcotics from dealers and local gangs only to sell that contraband for a profit. A secret internal investigation ultimately revealed the task force’s actions, resulting in the officers’ subsequent arrests and criminal charges. However, while many figures involved in the scandal landed in jail, some weren’t so lucky.

Some of the figures involved in the ordeal, like Detective Daniel Hersl and Sgt. Wayne Jenkins, remain behind bars, but that isn’t the case for Sean Suiter. We Own This City isn’t the first time Suiter has been a figure in an HBO property, as the late police offer earlier appeared in The Slow Hustle, a 2021 documentary that chronicled an epidemic of corrupt policing in Baltimore. The centerpiece of The Slow Hustle is actually Suiter’s untimely death and the subsequent fruitless investigation. On Nov. 15, 2017, Suiter was investigating reports of suspicious figure in Baltimore’s Harlem Park neighborhood with his partner, David Bomenka. While they were on patrol, Bomenka heard gunfire and then found Suiter dead from a fatal gunshot wound to the head. With zero witnesses on the scene and weak reports of a Black man in a dark jacket, pressure mounted for Suiter’s killer to be brought to justice.

The circumstances around Suiter’s death grew more suspicious considering he was killed the day before he was supposed to testify against the members of the Gun Trace Task Force. Considering the task force’s reputation, Suiter’s puzzling death began to seem like an orchestrated hit instead of the efforts of a rogue assailant.

However, according to the Daily Beast, evidence suggests the possibility that Suiter wasn’t entirely blameless. Evidently, Suiter had been involved in a 2010 Gun Trace Task Force incident in which the unit was using unmarked cars to rob two Black men, inadvertently causing an auto accident that killed a motorist. Suiter’s level of involvement in the operation remains murky, but it also raised suspicions that perhaps Suiter wasn’t, in fact, killed by someone else; instead, he may have died by suicide, staged to look like a murder so his family could receive benefits.

An internal review board was created to get to the bottom of the incident, only to come to the conclusion that Suiter had taken his own life. However, as also explained by the Daily Beast, the final report on Suiter’s death included factual errors that undercut the decision’s reliability. It’s also worth mentioning that Suiter was offered limited immunity for the testimony he would have delivered, thereby undermining possible motives for suicide.

The Slow Hustle doesn’t offer a conclusive resolution as to how Suiter died that night, so don’t expect We Own This City to deliver one either. While the definitive circumstances that caused Suiter’s death remain unclear, the damning factors that surround the case point to an insidious pattern of policing in Baltimore, which remains the ultimate crux of We Own This City.